3 of Your Favorite Stories About Prophet Muhammad (PBUH) 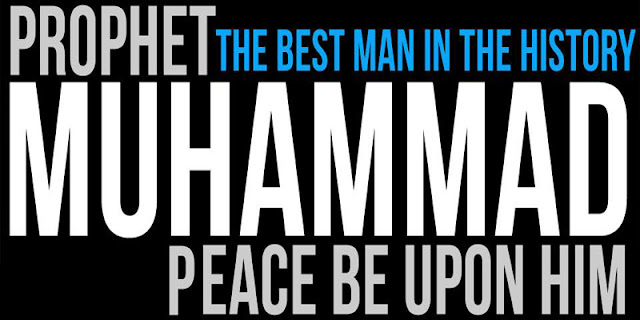 1 – An Example of His Immense Patience with Antagonists.

“The story of the town of Taif is really a devastating one. Prophet Muhammad went to Taif, inviting the people through the leaders to Islam. They told all the vagabonds, all the bad people in the community to attack Prophet Muhammad. The people mocked him, actually throwing stones at him. He was hit in his face, covered from head to toe in blood.

“Prophet Muhammad must have been hurt. His honor had been hurt. He had been physically hurt by these people. But he didn’t say yes to doing revenge on them. Even though it was his right to do this. His choice was positive. He said no. He said maybe their offspring will become Muslim. Maybe they will be believers. He tried to see the good in everything. This, my brothers and sisters, is the Sunnah of Prophet Muhammad”. Read the rest of “

2 – A Simple, Yet Life-Saving Miracle

“Quraysh expected the Prophet (peace be upon him) would head to Madinah, but he (peace be upon him) and Abu Bakr headed off in the opposite direction at first to mislead their enemies. They camped out in a cave for some time and during this time a great lesson along with an ayat of Quran was revealed. Hijrah of Prophet Muhammad (PBUH) and Hijrah Today

“Asma, a daughter of Abu Bakr, used to bring them food and news from Makkah. She showed great courage, hiding the food in her clothing and creeping out of the city going into the desert. At one time, one of the disbelievers thought she knew where the Prophet (pbuh) was. He struck her harshly, trying to get her to talk, but she said nothing!

“At one point, when the Prophet (peace be upon him) and Abu Bakr were in the cave a group of men, eager to get the reward money, stepped very close to the entrance of the cave.

“Abu Bakr could see their feet and was very afraid the Prophet (peace be upon him) would be found. He did not care for his own safety. His thoughts and concern were with the Prophet (pbuh). It was a great responsibility he felt in accompanying Muhammad on this very important journey.

“And Indeed, Allah Almighty protected them because He caused a bird to build a nest and lay eggs at the entrance of the cave and a spider to spin its web across the cave entrance. In this way, the enemies of the Prophet (peace be upon him) were convinced that he could not possible be in the cave.

“When the time was right, the Prophet (pbuh) and Abu Bakr left the cave, continuing on their journey to Madinah…”

3 – Another Small Miracle Within a Greater Story

It is confirmed that An-Nasaa’i and others (Allah be please with them) reported that when the Companions were digging Al-Khandaq (i.e. the trench), they found a rock which was too immense for their spades to break up. So, they sought the help of the Prophet (pbuh).

“He struck the rock three times, and each time he would strike it, a bright light would spark – and in another narration it was like a light in the middle of a dark night. This is evidence that the three sparks came up with each strike.

The stone broke, allowing the trench to be continued, but more importantly revealing the greater rewards awaiting the Sahaba. These illuminations of upcoming victories over Persia, Yemen, and Syria encouraged the Sahaba to continue their struggles.