What is Sadaqah Jariyah? 7 Little Acts With Endless Rewards 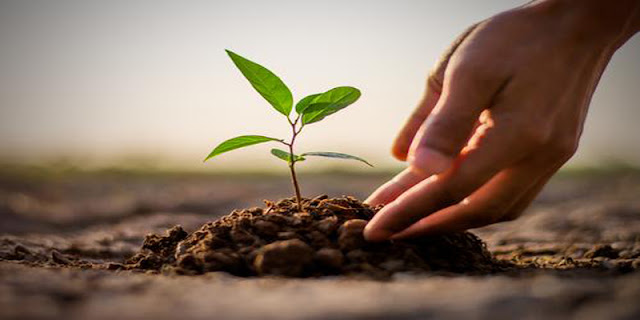 Islam places great importance on charity. So much so, Zakah or charity is one of the five pillars of Islam. The underlying objective is to ensure that the wealth is shared equally among the rich and poor so that there is no concentration of wealth.

This concept ensures that the poor do not suffer by having to experience dreadful living conditions.

Thus, we should try to do these acts as much as possible. These acts will continue to benefit everyone for a long time to come. As long as these acts benefit someone you will continue to be rewarded by Allah (SWT). Even the minute actions such as a smiling are considered as a sadaqah (voluntary charity). The Prophet Muhammad (peace be upon him) said:

Your smile for your brother is charity. (At-Tirmidhi, 1879)

After a person dies, there isn’t anything he/she can do. The acts you commit in this life will be written and you will be rewarded or punished accordingly. However, as reported by Abu Hurairah:

When a man dies, his deeds come to an end except for three things: Sadaqah Jariyah (ceaseless charity); a knowledge which is beneficial, or a virtuous descendant who prays for him (for the deceased). (Muslim 4005)

Here are some acts which can help you gain Sadaqah Jariyah:

1. Plant a tree. Every time someone benefits from the tree by sitting in its shade or by eating its fruit, you will receive the reward for it.

2. Assist (through monetary or physical help) in building a mosque or an orphanage.

3. Pay for the education of a student or teach a student for free.


4. Help a person learn a Dua or send them a Dua/Surah to read. In today’s age, there are numerous ways to convince people to do that.

You can even distribute copies of the Quran or Duas to people. Every time they read the Dua/Surah, the act will prove to be Sadaqah Jariyah for you.

5. Raise an orphan. You can sponsor partially by lending financial support or raise one up.

6. Install water coolers or a well. Every time a person drinks from the well or the water cooler, you will be rewarded by Allah (SWT).

7. Donate a wheelchair or some other equipment to a hospital or help in building a hospital for the poor and needy. Every time the hospital or the equipment is used, you will receive the reward.

If you come to think of it, these acts which have been outlined above do not require a lot of effort however the benefits they will reap are endless. When people, animals or basically anyone will benefit from these acts after you die, the rewards will keep on accumulating to those from the good deeds you performed when you were alive.

Similarly, one can contribute by monetary means and make a living for numerous people. The more you willingly spend in the way of Allah (SWT), the more blessings are bestowed upon you by Him.

The example of those who spend their wealth in the way of Allah is like a seed [of grain] which grows seven spikes; in each spike is a hundred grains. And Allah multiplies [His reward] for whom He wills. And Allah is all-Encompassing and Knowing. (Quran 2:261)

Performing all these mentioned acts will not only earn you continuous rewards but will also help out numerous people in the process and may even start a chain of goodness.

So are you ready to start this chain?