Hope in Times of Difficulty – Inspirations from the Prophet’s Life 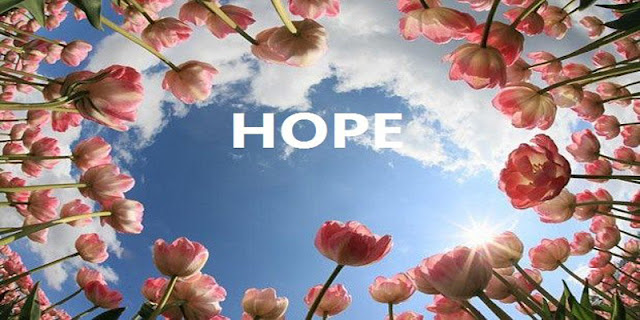 There’s no doubt that this life is filled with difficulties. The way to handle them however, is the key to one’s success. The correct way to deal with stress should be done in a way which conforms to the way of the Prophet Muhammad (PBUH), since he is our role model.

We need to travel back in time to learn and try to implement the ways he dealt with calamities which befell upon him (PBUH). We need to be sincere in all of our actions.

As today Muslims throughout the globe are suffering or worse losing their lives, how do we as a nation cope with all of those pitiful situations? Let us take a glimpse at the suffering of the Prophet (PBUH) and how he handled it.

Even before the Prophet was born, his father passed away. When he was at the tender age of 6, his mother also passed away. He only had his grandfather who was very affectionate towards him.

However, sadly, he also passed away soon, when Prophet Muhammad was 8 years old. Thereafter, his uncle Abu Talib took him under his guardianship. Of all the horrors a child can go through, the prophet has been through it all.

When Prophet Muhammad (PBUH) was blessed with being a messenger of God, he faced tons of severe difficulties. First, he became an outcast to his people. The very same people who used to praise him were now shunning him. Imagine how difficult it is to be ignored from your own community, as if you don’t belong.

The Prophet however bore their attitude with patience and kindness. Then when people commenced to accept his message, the Quraysh began to torment them.

When you see a loved one being treated harshly, your heart naturally leaps out to them. The Prophet Muhammad saw with his very own eyes how his loved ones and dear friends were being tortured brutally.


Instead of retaliating in the same despised manner, the Prophet stayed firm in patience and supplication with this struggle as well. Allah accepted the Prophet (PBUH) supplications, and brought about a change for the people. They had to leave to Abyssinia.

Later on he dealt with two colossal losses. One of his uncle Abu Talib, and the second of his beloved wife Khadijah (May Allah be pleased with her). Abu Talib who was the leader of Quraysh, was one reason the Quraysh couldn’t harm the Prophet Muhammad (PBUH).

Khadijah assisted the Prophet with his financial needs. The two pillars of his support were crumbled. That is enough to make anyone lose hope in life and plunge into depression. The Prophet (PBUH) however, worked towards a healthier future. Allah made it easy for the Prophet (PBUH) for he was genuine in his faith.

When the Prophet’s life was in imminent danger, he had to migrate. Imagine leaving your city, your community, the comfort of your own home where you can do as you please. The Prophet Muhammad (PBUH) had to leave Mecca!

The city that if you visit once your heart becomes attached to it forever. The city which holds the house of God. The city in which Prophet Abraham made a supplication, to Allah, that Allah puts love in the hearts of people for it. Mind you it was a very difficult task that the Prophet had to do.

The Prophet’s (PBUH) sincerity in all his actions was very clear. As he did not leave until all of the people under his care were safe and sound. All of the refugees around the world today are going through something similar, sadly this trait has been deterred in people today.

Once in Medina Allah blessed the Prophet Muhammad with many blessings. He had a house, a family, and a community. Most of all he had the freedom of religion. He went through many hardships in his life, but he persevered.

For the quality of which he was known was instilled in him of sadiq al ameen, the honest and trustworthy. He (PBUH) had a goal which was to survive the struggles of this life in a manner that would please Allah (Swt), which would lead him to the endless mercy of Allah (swt) and His paradise. He stood firm and sincere in it throughout his life.

There are countless accounts of training that we can avail ourselves with; if we were to familiarize ourselves with this great man, Prophet Muhammad (PBUH). For he is a role model in all spheres of life, one could not go wrong in any way if he were to stick by what was preached and done by him.

During this hard time most of us are witnessing, make a promise to yourself that you will start to learn more about Prophet Muhammad (PBUH).

Vow to yourself sincerely from the depths of your heart, that no matter what the circumstances are you will be rational in your decisions. Everything begins with a sincere intention.

It was narrated that ‘Umar ibn al-Khattab (ra) said: “I heard the Messenger of Allah (PBUH) say: “The reward of deeds depends upon the intentions and every person will get the reward according to what he has intended. So whoever emigrated for worldly benefits or to marry a woman, his emigration was for what he emigrated for.’”(Narrated by al-Bukhari)