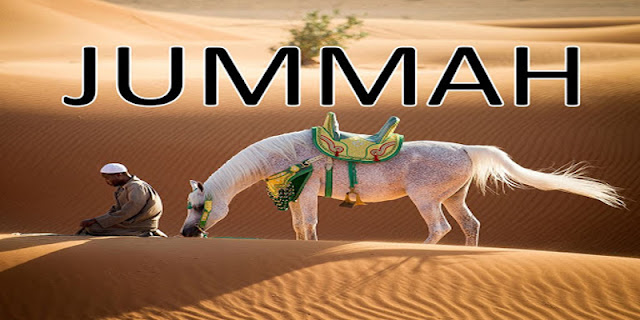 We must understand that the Jumu’ah prayer is very special to Friday, and Friday in the sight of Allah Almighty is a very holy day.

We have seven days in a week and those who claim to be followers of Prophet Abraham have taken a particular day as being their holy day. For example Jews have taken Saturday, Christians have taken Sunday. As Muslims, Friday is our holy day, where we have to make a special prayer.

O believers! When the call to prayer is made on Friday, then proceed ˹diligently˺ to the remembrance of Allah and leave off ˹your˺ business. That is best for you, if only you knew. (Quran 62:9)

When the call for prayer is made, leave everything, put everything aside and start making your way to the masjid and to the victory of Allah.

A speech, or the Khutbah.

The actual prayer, where we all stand up and we follow the imam and we pray.


Many of us seem to think that the Friday prayer is just the prayer at the end, that’s what is required of us to do; rather, it’s the whole thing. We must go in early; we must listen to the speech, and we must also make the prayer.

I think one would agree that the speech will consist of Allah more than the prayer. Therefore Allah is telling us to come to the prayer early so you make it for the khutbah (speech) as well as the prayer itself.

Prophet Muhammad (peace be upon him) told us that there are angels recording the names of all of those who come to the Friday prayer; and they stop recording as soon as the muazin stands up to give the call of prayer.

We come to learn that this verse is telling us to go to the masjid early. Be part of the early crowd and your name will get written in the book that you have attended this prayer and you fulfilled your obligation.