Any Recommended Acts of Worship for Laylat-ul-Qadr? 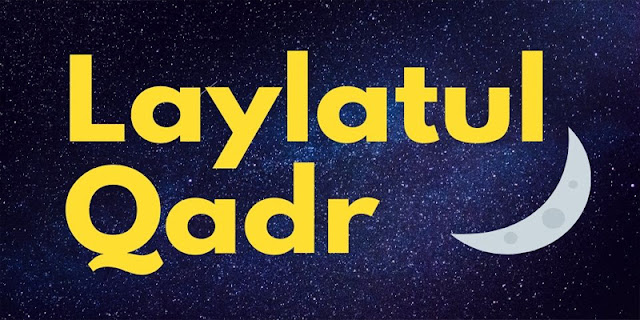 QUESTION? Assalamu alaikum. The blessed night Laylatul-Qadr is approaching, we would like to know what should we do in this night. Kindly inform us of the acts of worship that are recommended in this night?

1- Laylatul-Qadr is the most blessed night. A person who misses it has indeed missed a great amount of good.

2- If a believing person is keen to obey his Lord and increase the good deeds in his record, he should strive to encounter this night and to pass it in worship and obedience.

3- If this is facilitated for him, all of his previous sins will be forgiven.

During Laylatul-Qadr, every Muslim should do the following:

It is recommended to make a long Qiyam prayer during the nights on which Laylatul-Qadr could fall. This is indicated in many hadiths, such as the following:

Abu Dharr (may Allah be pleased with him) relates: “We fasted with Allah’s Messenger (peace and blessings be upon him) in Ramadan. He did not lead us in Qiyam (Night Vigil Prayer) at all until there were seven nights of Ramadan left. Then he stood with us (that night, in Prayer) until one third of the night had passed. He did not pray with us on the sixth. On the fifth night, he prayed with us until half of the night had passed. So we said, ‘Allah’s Messenger! Wouldn’t you pray with us the whole night?’ He replied: ‘Whoever stands in Prayer with Imam until he (the Imam) concludes the Prayer, it will be recorded for him that he prayed the whole night…” (Ibn Abi Shaybah, Abu Dawud and At-Tirmidhi)

Abu Dawud mentioned: “I heard Ahmad being asked, ‘Do you like for a man to pray with the people or by himself during Ramadan?’ He replied, ‘Pray with the people’ I also heard him say, ‘I would prefer for one to pray Qiyam with Imam and to pray Witr with him as well, for the Prophet (peace and blessings be upon him) said, “When a man prays with the Imam until he concludes, he’ll earn the reward of praying the rest of that night.”

Abu Hurairah (may Allah be pleased with him) narrated that the Prophet (peace and blessings be upon him) said: “Whoever stands (in Qiyam) in Laylatul-Qadr (and it is facilitated for him) out of faith and expectation of Allah’s reward, will have all of his previous sins forgiven.” (Al-Bukhari and Muslim)


The phrase “and it is facilitated for him”, according to the version narrated by Ahmad, on the authority of Ubadah Ibn As-Samit, means that a person is permitted to be among the sincere worshippers during that blessed night.

It is also recommended to make extensive supplication on this night. `A’ishah (may Allah be pleased with her) reported that she asked the Prophet (peace and blessings be upon him) “O Messenger of Allah! If I knew which night is Laylatul-Qadr, what should I say during it?” And he instructed her to say: “Allahumma innaka `afuwwun tuhibbul `afwa fa`fu `annee (O Allah! You are Oft-Forgiving, and you love forgiveness. So forgive me).” (Ahmad, Ibn Majah and At-Tirmithi)

ABANDONING WORLDLY PLEASURES FOR THE SAKE OF WORSHIP

It is further recommended to spend more time in worship during the nights on which Laylatul-Qadr is likely to be. This calls for abandoning many worldly pleasures in order to secure the time and thoughts solely for worshipping Allah. This is based on the following Hadith narrated by Aishah (may Allah be pleased with her): “Upon entering into the last ten (of Ramadan), the Prophet (peace and blessings be upon him) would tighten his Izar (i.e. he stayed away from his wives in order to have more time for worship), spend the whole night awake (in Prayer), and wake up his family.” (Al-Bukhari and Muslim)

She also said: “Allah’s Messenger (peace and blessings be upon him) used to exert more efforts (in worship) on the last ten than on other nights.” (Muslim)