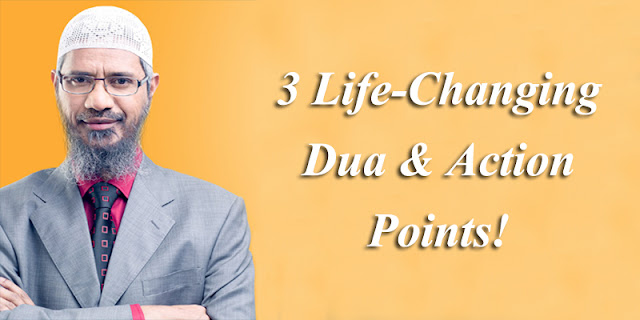 Isn’t it amazing you have a Lord who never gets tired of you asking and of giving you what you need? He even rewards you for asking!

Supplicating to Him is the essence of worship; and in what better way can we make dua to Him than by using His Beautiful Names in the supplications He taught us from His Book?

Let’s learn three Quranic supplications covering the main areas of your daily life, while learning five of Allah’s Beautiful Attributes and their meanings along with unique, instant action points based on each supplication!

Use this step by step plan for optimal benefit; read the supplication in Arabic and the translation, ask Allah the Almighty to help you apply the action points and convey them to others.

You are praying your prayers, reading Quran and doing your best to study Islamic knowledge, but there’s still something that holds you back from fully experiencing peace inside?

When you look deep in yourself, do you hold resentment or ill-feelings towards any other believers? That one thing someone said to you last month, that argument weeks or even years ago?


It’s so hard to get rid of these feelings, we say we forgive and forget, but do we really? You know it would make you feel much better, but how can you manage this?

Beg Allah with this supplication to give you the peace that comes with clearing your heart from resentment. For it is only Allah who can give you this ability and the peace it brings, because He is the Kind and Merciful. Ask Allah to return to Him with qalbun saleem (a sound heart).

Ar-Ra’oof means the Kind and Compassionate. He is the One who bestows mercy with the utmost tenderness. Ar-Ra’oof has beautiful pity (ra’fah) on us, with which He gently warns us, withholds from us and instructs us to all that is good.

Ar-Raheem means the Bestower of Mercy. He is the One who bestows continuous mercy on His creation and even more grace and greater rewards in response to the good deeds of the believers.

2. LEARN TO SEE THE BLESSING IN THE TEST

Imagine the Prophet Yusuf (peace be upon him) whom his own brothers had tried to kill out of jealousy, then far away from home as a servant, in and out of a dark prison, and now sitting on a throne. The same brothers are now standing in front of him, pleading for his help.

In this position of success and authority, what would you have done? Revenge or reminding your ‘enemies’ about all grievances they have caused you and enjoying showing them your success now?

Instead, Yusuf calls upon Allah in gratitude for raising him to such a position and arranging the meeting with his long-lost family. Instead of commenting on their ill treatment, he mentions nothing, but even makes excuses for them saying: it was all due to Satan (who stirred between them.) He even goes further and deems it as a blessing in disguise!


Here is the supplication of the Prophet Yusuf (peace be upon him) on perhaps one of the happiest occasions of his life, which demonstrates the beautiful character of a true believer.

Faatir as-samaawaati wal ardi. Anta Waliyyee fid dunyaa wal Aakhirati tawaffanee muslimanw wa alhiqnee bissaaliheen. (O Creator of heavens and earth! You are my Guardian in this world and in the Hereafter. Cause me to die in submission to You, and join me, in the end, with the righteous.)

Firstly, remind yourself to recognize the blessing in the test. Trust it is Allah’s plan; He is the Creator and your Protector.

Secondly, whenever you are delivered to ‘safety’ after a test, turn to Allah, thank Him and never boast about your position.

Thirdly, when you have suffered injustice at the hands of others, try to make excuses for them and turn to Allah for wisdom in dealing with your pain and the perpetrators.

Finally, let this supplication inspire you to keep asking Allah to guide you in this life, make you of the saaliheen (righteous) and unite you with them after death!

Al-Fatir means the Originator, the Creator. He is the One who initiates and creates and who starts and finishes the complete creation to perfection.

Al-Waliy means the Protecting Friend, the Ally. He is the Lord and Protector of creation, showing the path to righteousness. The One who protects, guards, and supports the believer in this world and the next.

3. TRULY REALIZE YOUR NEED FOR GUIDANCE AND FORGIVENESS


Do you know thousands of years ago, a Prophet stood up and made dua for you? Reflect on the fact that this Prophet has, all his life, been performing exemplary deeds of obedience, and yet he prays to ‘be made’ obedient! It was the Prophet Ibrahim (peace be upon him) and this was his supplication for all of us:

Rabbanaa waj’alnaa muslimayni laka wa min dhurriyyatinaaa ummatam muslimatal laka wa arinaa manaasikanaa wa tub ‘alaynaa innaka antat Tawwaabur Raheem. (Our Lord, and make us Muslims [in submission] to You and from our descendants a Muslim nation [in submission] to You. And show us our rites and accept our repentance. Indeed, You are the Accepting of repentance, the Merciful.)

Firstly, reflect on how the more you grow in knowledge of Allah’s Names and Attributes, the more you come to realize that you are not as faithful and as obedient as is due and that you need His forgiveness.

Realize how blessed you are with a Lord who constantly guides you to turn to Him and accepts you, and be more accepting towards others. Use this supplication regularly and with sincerity to ask for obedience for yourself and your descendants.

Secondly, the beauty of Islam is that we don’t just care about our own (eternal) success, we should love to see others succeed. Do we feel a true concern in our heart for our descendants?

Don’t only be concerned about your children’s worldly affairs, such as education and wealth, but be concerned about their spiritual well-being too. What does it matter if they are doctors or lawyers but they have forgotten about Allah?

Finally, for those with children, make it a daily habit and assign a time slot to supplicate for your children (and for all of your offspring until the day of judgment). You can make a specific dua list for your children you can use again and again next to the Quranic supplications to do with one’s offspring.

At-Tawwaab means the Oft-Returning. He is the One who inspires mankind to turn to Him and accepts our repentance time and time again.

*Please note that the English translation of the meaning of Al-Asmaa al Husnaa (The Beautiful Names of Allah) is only approximate and doesn’t do justice to the richness of the Arabic language and its meanings.