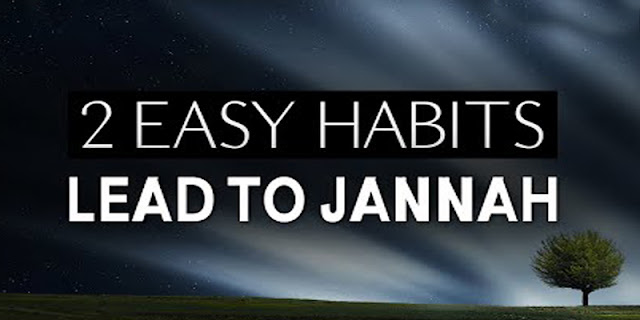 Dhikr, or remembrance of Allah, is the easiest act of worship that has ample rewards. In addition to its extensive rewards, when we say our daily wird, if we focus on what we say and feel them deep in the heart, we find peace and tranquility.

There are two very easy habits about dhikr that are extremely rewarding but only few of us remember to do them.

There is a beautiful hadith of Prophet Muhammad (peace be upon him) that says:

There are two characteristics over which a Muslim man does not guard, except that he enters Paradise.

And indeed, they are easy, and those who act upon them are few: He glorifies Allah at the end of every prayer ten times (saying Subḥan Allah) and praises Him ten times saying (Al-Ḥamdulillah) and extols His greatness ten times (saying Allahu Akbar).’

The narrator of the hadith said:

“And I have seen the Messenger of Allah counting them with his hand. He said:

Which of you perform two thousand and five hundred evil deeds in a single day and night?

‘How could we not guard over them?’

We remember Allah while sitting, while cooking, when going to sleep… We praise, glorify, thank Allah any time following the example of Prophet Muhammad (peace be upon him) who used to remember Allah in all of his affairs. But keeping these two habits is our fastest ticket to Paradise.

So before you roll up that prayer mat, and at the time when you’re going to bed, remember to say those remembrances.