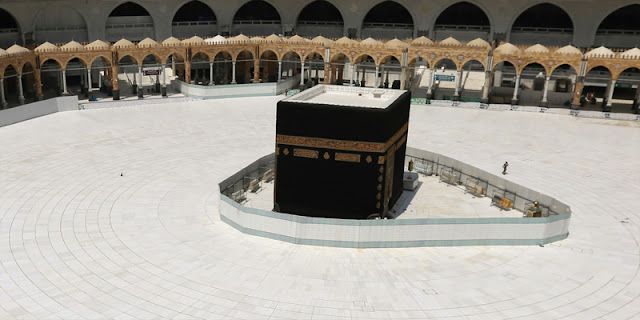 Ramadan, the holy Muslim month of fasting, is expected to begin on April 23.

As we await the holy month, Muslims are facing unprecedented restrictions and the prospect of worship in isolation in the shadow of the COVID–19 outbreak.

Six weeks after suspending Umrah and mosque prayers, religious authorities in Saudi Arabia have announced that Taraweeh prayers during Ramadan will only be performed at home.

The Saudi Ministry of Islamic Affairs, Dawah and Guidance added that the suspension of prayers at mosques would not be lifted until the end of coronavirus, Gulf News reported.

Al Sheikh added that only five to six people from the deceased’s family are to perform funeral prayers for the dead, in line with instructions issued by the Ministry of Health.

“This is a precaution in line with the prohibition of gatherings, so that funeral prayers take place at cemeteries should not exceed five to six of the deceased’s relatives, and the rest pray at their homes,” he emphasized.

As of Tuesday morning, Saudi Arabia has 4,934 cases and 65 deaths related to coronavirus.

Since the outbreak of the new coronavirus pandemic, Saudi Arabia has taken drastic measures to halt its spread.

Part of these measures is the closure of the Holy Mosques in Makkah and Madinah, suspension of Umrah and enforcement of a lockdown in the county.

To the shock of millions of Muslims worldwide, a senior Saudi official has also asked Muslims intending to perform Hajj this year to delay making plans, which suggests that the pilgrimage could be canceled due to the COVID-19 pandemic.