Were Any Prophets Sent to the People of Africa and Europe? 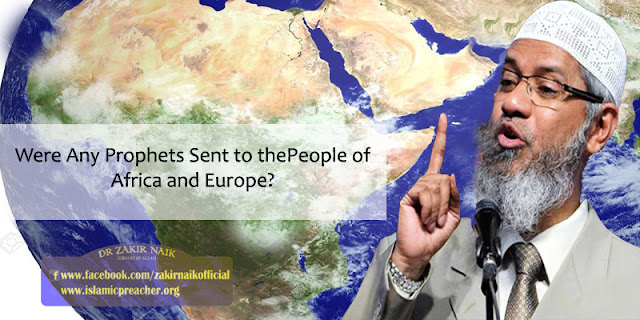 One of the basic facts that are affirmed in our religion is that Allah, may He be exalted, has established proof against His slaves by sending the Messengers and sending down the Books. They were not sent to one nation to the exclusion of others, or to one continent to the exclusion of others. Rather they were sent to all nations, in different places and at different times, as Allah says (interpretation of the meaning):

“Verily! We have sent you with the truth, a bearer of glad tidings, and a warner. And there never was a nation but a warner had passed among them.”

“And verily, We have sent among every Ummah (community, nation) a Messenger (proclaiming): Worship Allah (Alone), and avoid (or keep away from) Taghoot (all false deities, etc. i.e. do not worship Taghoot besides Allah)”

Hence it is part of the justice of Allah that He has decreed that He will not punish anyone whom the call of the Prophets and Messengers did not reach, as He says (interpretation of the meaning):

“This is because your Lord would not destroy the (populations of) towns for their wrongdoing (i.e. associating others in worship along with Allah) while their people were unaware (so the Messengers were sent)”

Based on that, the idea that the Prophets were only sent to one region of the world is not correct; rather Allah sent Messengers to all the nations of the earth.

It is well known that most of the civilisations that were established throughout history were in this area, which is known as the Mediterranean basin, and nearby, in Syria, Egypt, Iraq and Arabia. Hence the most populated areas were mostly in these lands. So it is very appropriate that most of the Messengers should have been sent to the people of these lands.

As for the wisdom behind Allah telling us the stories of the Prophets and Messengers of these regions and not others, we may note the following:

1- The lessons and exhortations to be found in the stories of those Prophets and Messengers are greater than others.

At-Taahir ibn ‘Ashoor (may Allah have mercy on him) said:

2- Because those Messengers had lived in the region inhabited by the Arabs and thereabouts, their stories were known to the Arabs and to the People of the Book who lived in those regions. This was more effective in establishing proof against them and the lessons of what befell those people has a greater impact.