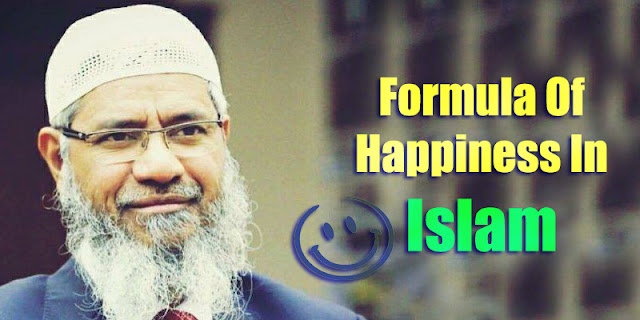 Money has very little to do with it, otherwise all the rich would be blissfully happy and the poor totally miserable. Money can buy medicines but not health, acquaintances but not friends, servants but not faithfulness, food but not appetite.

Our beloved Prophet Muhammad (SAW) has very aptly said that

"Riches are not from an abundance of worldly goods, but from a contented mind."

With all the scientific and technological advancement, man is still living a life of continued misery and unhappiness. Everywhere we look we find turmoil and confusion, people don't know how to solve their problems,how to achieve true happiness. Most don't even know what their function is in this cycle of Creation.

If we want to achieve true happiness then we have to look towards our Creator and Source of happiness where He says in Surah Asr:

'By the token of time Man is in loss, except such as have faith and do righteous deeds and join together in the mutual teaching of truth and of patience and constancy.'

As long as we attach our happiness to material things it will always elude us. We reflect on the life story of the wealthy Christina Onassis who owned fleets of ships, lakes, real estates. For weeks her story dominated the papers as Christina was the only legal heiress of her father Aristotle Onassis besides her late father's wife Jaqueline Kennedy.

What an inheritance she gained! Someone inheriting such a huge fortune should certainly be the happiest person in the world. Was this true for Christina? She married an American but after a few months the marriage broke up. Thereafter she married a Greek but only for another few months. Then she decided to stay out of marriage searching for happiness, it did not materialize. A few years later she married again to a Russian communist. She divorced him after one year.Then a French industrialist.

When the marriage broke up she vowed never to marry again. - Four husbands from four different countries over a period of two years! At a party, the press asked: 'How do you feel being the richest woman in the world?' She replied, 'Yes I'm the richest woman but I'm searching for happiness.'

Then we consider the man whom Allah Ta'ala gave an incurable disease. The doctors who gave up hope of his recovery, as a last resort, advised him to proceed to England for an emergency operation. The man asked for three days to organize his things and see to his family in case he died. Then he was sitting with his friend in his office which was next door to a butcher. While he gazed out of the window he saw a woman picking up awful pieces of meat and bone from the bin. He went down and asked her 'What are you doing?'

She said, 'Son, Allah has given me five daughters and they haven't tasted meat for a year. I'm just picking up these bits and pieces for them.

The man broke down into tears and went to the butcher and told him that the lady would collect meat from him every week, he should give her whatever she needs. She turned and said, 'But I only need one kilo'. He said, give her two kilos and paid one year in advance.

The woman could not believe all of this, she just burst into tears and raised her hands to Allah to make this man happy. When he went home he felt so much better, he felt he had so much energy. He met his daughter who was pious, she said, 'Father, you look so well, you're moving so well.

I see so much light in your face, where did this come from? He told her about the old woman. She cried and lifted her hands and made Du'ah to Allah to cure him from his heart disease because he had made the poor old woman and her daughters happy. Allah accepted this and when he went to England the doctors were stunned at his remarkable recovery and asked him which doctor had cured him. He cried and said, 'I only did business with Allah'.