How Did Abu Lahab Die? 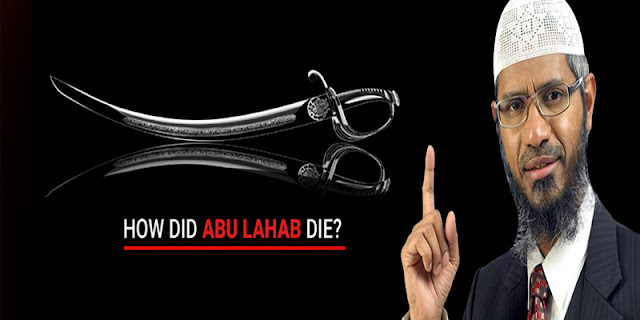 Abu Lahab was the direct paternal uncle of Prophet Muhammad (peace be upon him). He is known for his enmity and hatred towards the Deen of Allah and His Messenger. Despite being so close to Prophet in relation he left no stone unturned to hurt him. In this topic, we will see how he died.

After the week of the battle of Badr, he was stuck on the head by Umm al-Fadl.

Abu Lahab was sitting in his tent near the Kaaba. He was absent from the battle and the news of the battle was brought to him. He was told how the help came to Muslims and how men in white turband and multicolored horses between heaven and earth helped Muslims in the war. He was greatly shaken when he heard this. Ummu al-Faḍl (Al-ʾAbbās’ wife) and Abū Rafiʾ (Al-ʾAbbās’ slave), were among those who listened to the same news in the corner of the tent. AL Abbas was the brother of Abu Lahab and uncle of Prophet Muhammad(peace be upon him). They had accepted Islam in secrecy. Abu-Rafi couldn’t hold is happiness and he couldn’t contain himself at the news of the victory of Muslims. He shouted: By Allāh, those were the angels!

Upon hearing this, Abu Lahab got very angry and an impulse of insanity seized him. He struck Abu Rafi in the face and bore him to the ground and began striking him repeatedly.

Umm al-Fadl, who was standing there and watching everything, couldn’t stand it and she took the tent post (pole used to support the tent) and with all her might, struck Abu Lahab on his head. He was badly wounded. With tears in her eyes, she said: Will you treat him as of no account, because his master is away and cannot protect him? Since she was his sister-in-law, Abū Lahab did not say anything to her and went home directly.

His wound did not heal, rather it continued to rot. As a result of this blow and the shock of victory of Muslims he developed a disease called adasa(black Measles). It was the time when the treatment of many of the ailments was not known and such diseases were considered deadly. His wealth, his position, or his children were of no avail. Even his own wife and the children, of whom he had always boasted, abandoned him.

His whole body was covered in painful boils and nobody attended him. He remained in this condition for a week and died. Nobody came to remove his dead body, not even his family! Eventually, some of his relatives hired two Bedouins from the desert to take the rotten corpse out of the house and throw it into a pit and pile it with stones.

That is how this tyrant and oppressor ended.

May Allah curse him.