How Can We Destroy Arrogance? Here Are 6 Steps! 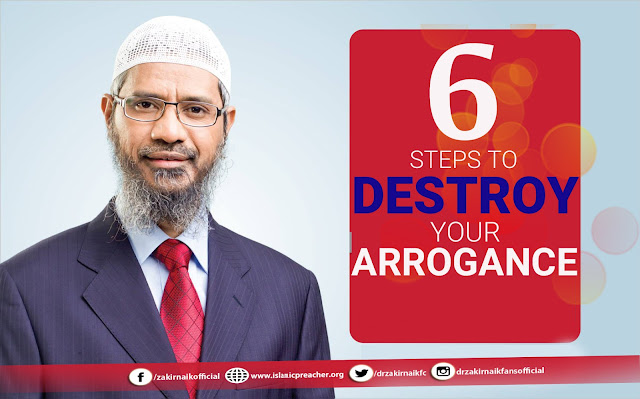 (1) Understand The True Dangers Of Arrogance.

The Prophet Muhammad (saw) said ''No one who has an atom's weight of arrogance in his heart will enter Paradise'' (Sahih-Muslim).

Allah states in the Quran ''Has there (not) come upon man a period of time when he was not even a thing mentioned?'' (Quran-76:1)

(3) Realise The Greatness Of Allah.

The Scholar Ibn Qayyim states ''Humility comes from knowing about Allah, His names, attributes, and His overall Greatness.'' (Kitab Al-Ruh).
Allah also states in the Quran ''And to Him (alone) belongs all Majesty within the Heavens and the Earth'' (Quran-45:37)

(4) Never Over Praise Yourself.

Allah states in the Quran ''So do not claim yourselves to be pure, He is most knowing of those who fear Him''. (Quran-53:32)

(6) Understand The Reward For Having Humility.

The Prophet Muhammad (saw) said ''No one humbles himself for the sake of Allah, except that Allah raises his status''. (Sahih Muslim)