Allah Speaks to the Sad Person 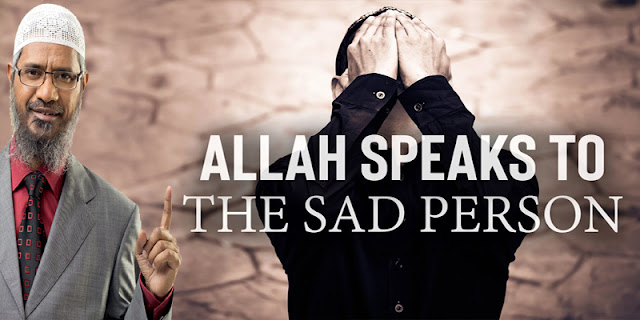 A small expression from the Quran that is an insight to depression and sadness. Allah says:

So do not weaken and do not grieve, and you will be superior if you are [true] believers. (Quran 3:139)

“Wahan” in Arabic is actually the feeling of not being able to exercise change. In other words, no matter what you do, things are not changing, things are not getting better, or your best attempts have failed, and now you feel incapable of succeeding.

When that starts settling in, like, “Oh my efforts have failed, or I haven’t been able to accomplish…” Then the next phase is, “and don’t be in a state of grief”, sadness kicks in; you’ve become that original paralysis and failure and that leads you right into sadness.

Allah doesn’t just say, “Don’t be sad”, He actually went to the root cause; the root cause was some kind of failure, some kind of disappointment that kind of wore you down, and it started taking away your own confidence, your own belief that you can actually do better…

One of the places He did this was in the battle of Uhud, where Muslims suffered amazing and incredible amount of loss; but He turned that loss into something positive. He actually in the very next verse says:

If a wound should touch you – there has already touched the [opposing] people a wound similar to it. And these days [of varying conditions] We alternate among the people… (Quran 3:140)

Don’t let this overwhelm you and just beat yourself up. As a matter of fact, huzn is a state in which a person is actually torturing themselves. Sadness is when you’re beating yourself up; a situation beat you up, and now you allowed yourself to get beat up on top of that.

Allah says not to put yourself in that position; meaning you’re going to be in the supreme position so long as you’re total believers.

In other words, these situations come and go, but Allah is constant; you never lost Allah. Once you lose that, you lose everything and when you have that, nothing else counts, nothing else is a serious loss.

So long as you have that, you are never ever going to be in a state where you need to be depressed.