The Story of “Sleepers of the Cave (kahf)” 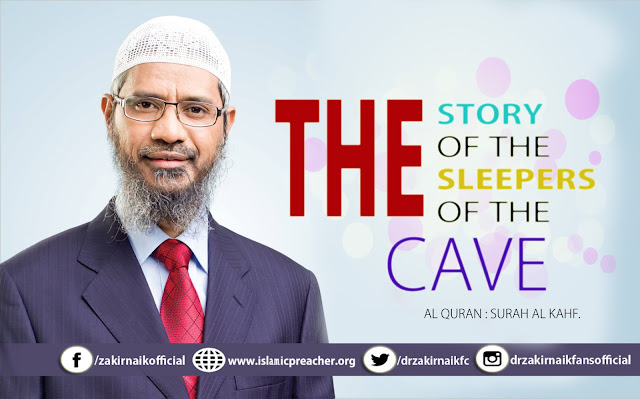 Quran is the miracle of Allah the like of which cannot be seen in any other thing. It was sent by Allah as a mercy to the mankind. Each and every Ayah of Quran is a marvel in itself and contains the knowledge that cannot come from any other source.

Each chapter of Quran has some significance and. In this post, we will be studying the story of sleepers of the cave. It holds a distinct position among Muslims and holds many lessons.

The first story of Surah al-Kahf is that of the sleepers of the cave. These men were blessed with the light of Imaan and believed in the oneness of Allah.

There are many reports and versions on this incident, however, we will stick to what Quran and hadith speak about it.

Do you think that the people of the cave and the inscription were a wonder among Our signs? When those youths took refuge in the cave, they said: ‘Our Lord! Bestow on us Your grace, and provide for us right guidance in our affair.’ So We drew a veil over their ears in the cave, for a number of years, and then We awakened them so that We might mark out which of the two parties managed to calculate the time they had remained in that state. (Al-Kahf 18: 9-12)

By this Aayah we come to know that they were youth and only a few in number (the exact number is not mentioned) and lived among the non-believers. They admonished the people to worship only Allah but were threatened if they didn’t leave their faith. Sensing the threat to their lives, they left the city and took shelter in a cave for the sake of Allah and their faith. They asked Allah to protect them and Allah azawajal sent his help. They remained sleeping in the cave for the number of years, the number of which is not mentioned too.
They were protected therein and no one could find them no matter what. When they woke they found out that the people of the country were believers.

Lessons to be learned from this story.

1. The lesson of Faith. The youth stood up for their faith even though their life was at stake. One must learn from this story to put his trust on Allah (SWT) and Allah will surely assist him in every hardship.

2. The importance of good company. The good and righteous company will always benefit you rather than put you in trouble.

3. If you cannot practice your faith in a certain place it is the duty of a Muslim to move to a place where he can practice it. It is known as the migration for the sake of Allah.

4. Prayer can change every situation. Whoever puts his trust in Allah then Allah is sufficient for him.

5. Protection from Dajjal: The first trial of Dajjal will be the trial of faith and this story teaches us that. Hence this surah must be read every Friday to be safe from the trials of Dajjal.