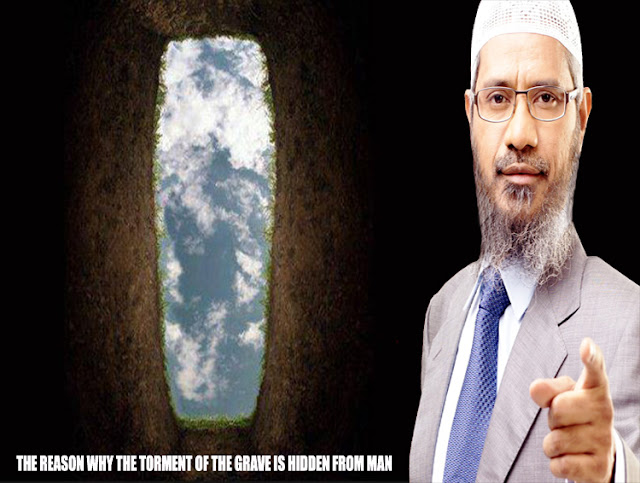 Shaykh Muhammad ibn ‘Uthaymeen (may Allah have mercy on him) said:

The reasons why this is one of the matters of the unseen are as follows:

1 – Allah is the Most Merciful of those who show mercy, for if we were to see the torment of the grave this would make our lives a misery, because if a person were to know that his father or brother or son or spouse or relative is being punished in the grave and he is not able to save him, then he would be distressed and unable to relax. So this is a blessing from Allah.

2 – It would be a scandal for the deceased. If Allah had concealed him and we did not know his sins, which were a matter between him and his Lord, then he died and Allah showed us his torment, that would be a great scandal for him. So concealing him is a mercy from Allah towards the deceased.

3 – It might become difficult to bury the dead, as it was narrated that the Prophet (peace and blessings of Allah be upon him) said: “Were it not that you would not bury one another, I would have asked Allah to make you hear the torment of the grave.” Narrated by Muslim, 2868.
This indicates that burial might become too difficult and people would not do it, even though if a person deserves to be punished he will be punished even if he is lying on the surface of the earth. But people might imagine that the torment only takes place when the person is buried, so they would not bury one another.

4 – If it were visible, belief in it would serve no purpose, because it would be visible and no one could deny it. And this might force all people to believe, as Allah says (interpretation of the meaning):

“So when they saw Our punishment, they said: We believe in Allah Alone”

So if the people saw those who had been buried and heard their screams, they would believe and none of them would disbelieve, because he would be certain that the torment is real and he would see it with his own eyes as if it were happening to him.

We ask Allah to make us and you steadfast, for what Allah tells us about these matters is stronger that what we can see, and concealment is in the best interests of people.