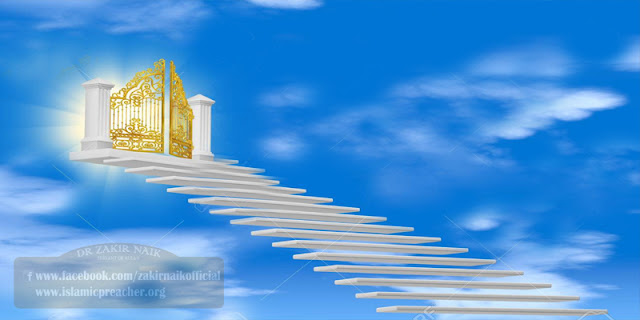 Allah has enjoined upon the Muslims fasting the month of Ramadaan, and He has promised a great reward to those who fast. Because the virtue of fasting is so great, Allah has not specified the reward for it, rather He said – in a hadeeth qudsi – “… except for fasting, for it is for Me, and I shall reward for it.”

The virtues of the month of Ramadaan are many. For example, that which Allah has promised those who fast, namely the gate of al-Rayyaan. This is the name which was narrated in the hadeeth whose authenticity is agreed upon. Sahl (may Allah be pleased with him) said that the Prophet (peace and blessings of Allah be upon him) said: “In Paradise there is a gate called al-Rayyaan, through which those who used to fast will enter on the Day of Resurrection, and no one but they will enter it. It will be said, ‘Where are those who fasted?’ They will get up, and none will enter it but them. When they have entered, it will be locked, and no one else will enter.” (al-Bukhaari, 1763; Muslim, 1947).

Among the ahaadeeth which explain the reward for fasting are the following:

It is known that Paradise has many gates, because Allah says (interpretation of the meaning):

Adn (Eden) Paradise (everlasting Gardens), which they shall enter and (also) those who acted righteously from among their fathers, and their wives, and their offspring. And angels shall enter unto them from every gate”

And those who kept their duty to their Lord (Al-Muttaqoon – the pious) will be led to Paradise in groups till when they reach it, and its gates will be opened (before their arrival for their reception) and its keepers will say: Salaamun ‘Alaykum (peace be upon you)! You have done well, so enter here to abide therein”

[al-Zumar 39:73]
In the saheeh ahaadeeth it says that there are eight gates:

It was narrated from Sahl ibn Sa’d (may Allah be pleased with him) that the Prophet (peace and blessings of Allah be upon him) said: “In Paradise there are eight gates, among which is a gate called al-Rayyaan, which none will enter but those who fast.” (Narrated by al-Bukhaari, 3017).

It was narrated from ‘Ubaadah (may Allah be pleased with him) that the Prophet (peace and blessings of Allah be upon him) said: “Whoever bears witness that there is no god but Allah alone, with no partner or associate, and that Muhammad is His slave and Messenger, and that ‘Eesa is the slave of Allah and His Messenger, and a word which Allah bestowed on Maryam and a spirit created by Him (cf. al-Nisa’ 4:171), and that Paradise is true and Hell is true, will have the right to be admitted by Allah to Paradise through whichever of the eight gates he wishes, because of his good deeds.” (Narrated by al-Bukhaari, 3180; Muslim, 41)

One of the bounties that Allah has bestowed upon this ummah is that He opens all the gates of Paradise during the month of Ramadaan, not just one gate. Whoever says that there is a gate in Paradise called Baab al-Radwaan has to produce evidence for that.

It was narrated from Abu Hurayrah (may Allah be pleased with him) that the Prophet (peace and blessings of Allah be upon him) said: “When Ramadaan begins, the gates of Paradise are opened and the gates of Hell are closed, and the devils are chained up.”

And Allah is the source of strength.