Rights of the Parents in the Islam. 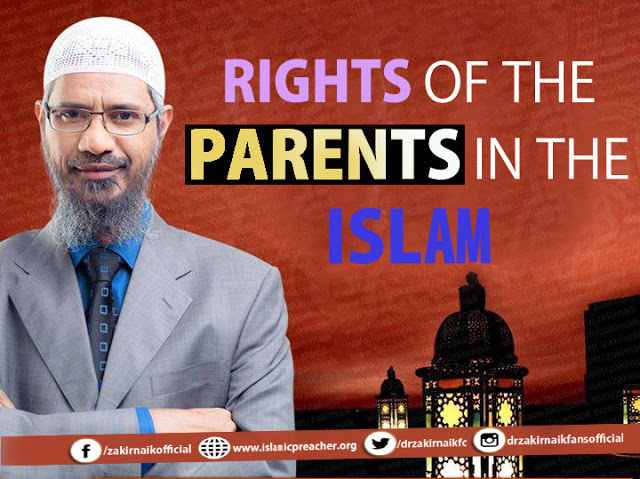 The Almighty Allah has blessed us with so many blessings and among them the greatest is parents. It is our parents who gave the means required for bringing us into the world. Regardless of the religion, parents hold high status and importance in Islam. They deserve high regard and unparalleled respect.

Despite the religion of one's parent one has to follow the basic rights of parents.

1. You should never cause them any harm even if they are wrong and commit any excesses. You should always be very polite with them.

2. Have Respect and Honor in your speech while speaking to your parents. Be kind and treat them in the best possible way. Never raise your voice.

3. Obey your parents in everything unless it is not permissible. If you disagree do not disrespect them or belittle them.

4. If your parents need any financial assistance, assist them even if they happen to be non-believers and do so with great humbleness and without showoff or making them feel guilty.

5. Don't look at them with a frown or anger them. Always smile and make them happy.

Respect and honor are parents first right. No matter how wrong a parent is, a child is never to misbehave with his parents. It is considered to be a great sin if one misbehaves or disrespects one's parents.
As the Holy Prophet SAW stated that:

Anas (RA) states that when the Holy Prophet (PBUH) was asked about the grave sins, he said, “

(2) Being disobedient & insolent to parents,

(3) to kill a human being without justified reason, and

(4) to become a false witness to a unwitnessed incident”.

We can clearly realize how grave a sin it is by disobeying and misbehaving with one’s parents through this Hadith of the Holy Prophet SAW.

Obedience to parents in light of hadith of Prophet Muhammad (saw)

Hazrat Ibn Abbas narrates from the Prophet that a person whose parents are alive, and he obeys them, listens to and respects them, then Allah will open two doors of paradise for him. But if one of his parents is not happy with him, then Allah will not be happy with him either. Then someone asked the Prophet, “Even if they are oppressors?” The Prophet replied, “Yes, even if they are oppressors.”

This Hadith of the Holy Prophet SAW clearly tells us that even if our parents oppress us and do not let us live freely, we still were not allowed to misbehave with them, and we were supposed to follow their every instruction blindly (as long as is does not contradict the Islamic teachings).

The Commander of the Faithful (peace be upon him) has said: “Goodness towards (one's) parents is the greatest obligatory act.”

[A person once approached the Messenger of Allah (peace be upon him and his family) and said: “I have an old father and mother, who due to their attachment towards me, are not keen for me to go to Jihad.”]

[Hearing this], the Noble Prophet (peace be upon him and his family) said: “(If such is the case then) Stay with your parents for, by the One in whose control lies my soul, their attachment of one day and one night to you is better than one year of Jihad.”

There are numerous other hadith that are self-explanatory about the blessing and mercy that lie in being kind and loving to one's parents and that will teach us to treat our parents in a much better way.

May Allah guide us all.