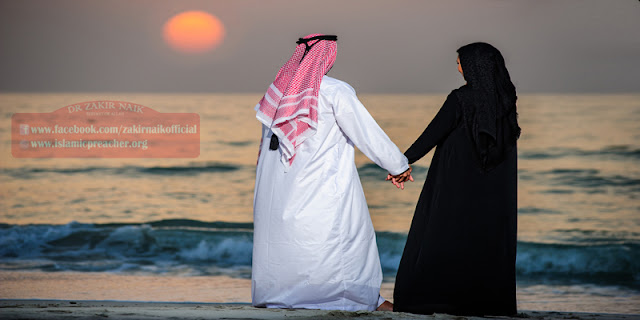 In Islam marriage being an obligatory act is so important that it is declared to be one half of single Muslim’s faith. Marriage is one of the most liked Sunnah in Islam as our beloved Prophet (SAW) also married and encouraged others to do so. There are many verses in Holy Quran related to the importance of Marriage in Islam. Allah Almighty says in Holy Quran: “O Humans revere your Guardian-Lord, Who created you from a single person, created of like nature its mate, and from this scattered (like seeds) countless men and women. Reverence Allah through Whom you claim your mutual rights” (Quran 4:1).

Marriage is an act of pleasing Allah Almighty because it is in accordance with His commandments that husband and wife love each other and help each other to make efforts to continue the human race and raise their children to become true servants of Allah. Allah Almighty declared some rights of wives and husbands upon each other which we have to fulfill for living a happy life. In this article, we will discuss some rights of the husband upon the wife according to Quran and Sunnah.

Allah Almighty tells in the Holy Quran that each spouse has some rights over the other but husband has one particular right over his wife which she does not have over him. In Holy Quran it is mentioned in the verse in these words: “And they (women) have rights (over their husbands as regards living expenses) similar (to those of their husbands) over them (as regards obedience and respect) to what is reasonable, but men have a degree (of responsibility) over them” (Quran, 2:228)

Some of the rights of Husband upon his wife are mentioned below:
1) It is a fundamental right of man over his wife to be obeyed so long as his commands do not conflict the commands of Allah Almighty, Allah’s Messenger (PBUH) and the general teachings of Islam.

2) Muslim wife must protect her husband’s secrets, privacies, honor, and dignity. Prophet Muhammad (SAW) said in one of his hadith:“The wife is the guardian of the house of her husband and his children.”(Al-Bukhari)

3) She must protect his wealth, children, finance, property and other aspects of his household, as much as possible. Allah Almighty says in Holy Quran: “…So righteous women are devoutly obedient, guarding in [the husband’s] absence what Allah would have them guard…” (Quran, 4:34)

4) Muslim wife must keep a good behavior with her husband. Prophet Muhammad (SAW) said: “The best of your women is the prolific, the affectionate, the chaste, the endeared of her family, the humble to her husband, fortified against other than him, listen to what he says, and obeys his orders, offers herself to him when alone, but not in an unabashed manner like his.”

5) A wife should obey her husband and also gave him the authority to her. In Holy Quran, Allah Almighty says: “Men are the maintainers of women because Allah has made some of them excel others, and because they spend out of their property (for the support of women.)” (Quran, 4:34)

6) In order to provide an atmosphere of love and stability for her husband and her children, she has to show affection and benevolence to the husband and also by imparting the home atmosphere with feelings of love, joy, and kindness.

7) The wife should pay proper attention to her makeup and appearance, to attract the husband and respond to his sexual desires, since this is quite effective in pulling the man to his wife and strengthening the relations of love between them.
8) She should provide him with ways of enjoying her beauty and satisfy his desires and prevent him the allurement of throwing himself into the traps of forbidden desires. In Holy Quran Allah Almighty says: “Your women are tilth for you (to cultivate) so go to your tilth when you like and do good beforehand for yourselves and fear Allah, and know that you will (one day) meet Him. Give glad tidings to believers, (O Muhammad)” (Quran 2:223)

9) A wife should not allow others to interfere with their matters. A wife should avoid talking about the affairs of her house and also about the private matters that she has with her husband.

10) A woman is recommended to serve her husband in kindness by preparing meals for him and undertaking other household duties.

These were some rights of the husband upon his wife there are many other rights that a wife should fulfill for living a happy married life. May Allah Almighty give us the strength to live our lives according to Quran and Sunnah of Prophet Muhammad (SAW)! Ameen