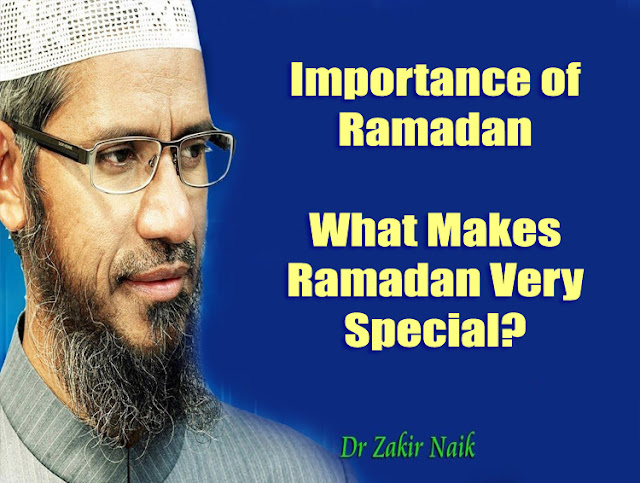 Ramadan is the most precious month in the Islamic calendar (Hijri) and it is obligatory for the Muslims to fast in the month of Ramadan. Here are some interesting facts that shows the importance of Ramadan in Islam.

* Holy Quran was first revealed in the month of Ramadan.

* Fasting in the month of Ramadan is the fourth Pillar of Islam among the five.

* Fasting helps to attain Taqwa (performing of actions which please Allah and abstaining from those actions that displease Him).

* Ramadan is known to be the month of Quran. It is highly recommended in the Ramadan to read and study the Holy Quran and to share with others.

* The Night of Decree or The Night of Power (Laylat al-Qadr ) is in this month, which is better than a thousand months.

* In this Holy month, the gates of Paradise are opened, gates of Hell are closed and the devils are chained up.

* Muslims observe I’tikaaf (residing in the mosque for worship) in the Ramadan especially in the last 10 days of this Holy month.

* It is very rewarding act in Ramadan to offer Iftaar (sunset meal to break fast) to those who are fasting.

* It is also highly recommended to give Zakat (obligatory tax/donation – 2.5% of wealth/savings/assets) and Sadaqah (voluntary charity) in the Ramadaan.

*It is said in an authentic Hadith of Prophet Muhammad (peace be upon him) that fasting in the Ramadan sincerely out of faith and in the hope of reward, we will be forgiven all our previous sins, provided the major sins are not committed.
RAMADAN IN THE QURAN

The month of Ramadhan [is that] in which was revealed the Qur’an, a guidance for the people and clear proofs of guidance and criterion. So whoever sights [the new moon of] the month, let him fast it; and whoever is ill or on a journey – then an equal number of other days. Allah intends for you ease and does not intend for you hardship and [wants] for you to complete the period and to glorify Allah for that [to] which He has guided you; and perhaps you will be grateful.

HADITHS ABOUT THE RAMADAN

It was narrated that Abu Hurairah said:

“The Messenger of Allah said: ‘Whoever fasts Ramadan out of faith and in the hope of reward, he will be forgiven his previous sins.” ‘[Sunan an-Nasa’i Book-22 Hadith-116]

I heard Allah’s Messenger (pbuh) saying regarding Ramadan, “Whoever prayed at night in it (the month of Ramadan) out of sincere Faith and hoping for a reward from Allah, then all his previous sins will be forgiven.” [Sahih al-Bukhari Book-31 Hadith-1]

Allah’s Messenger (PBUH) said, “When the month of Ramadan starts, the gates of the heaven are opened and the gates of Hell are closed and the devils are chained.” [Sahih al-Bukhari Book-30 Hadith-9]

Messenger of Allah (PBUH) said, “The five (daily) Salat (prayers), and from one Jumu’ah prayer to the (next) Jumu’ah prayer, and from Ramadan to Ramadan are expiations for the (sins) committed in between (their intervals); provided the major sins are not committed”. [Sahih Muslim Book-1 Hadith-130]
Narrated `Aisha:

It was narrated that Ibn ‘Umar said:

“The Messenger of Allah enjoined the Zakah of Ramadan on everyone, young and old, free and slave, male and female, a Sa of dates or a Sa of barley.” [Sunan an-Nasa’i Book-23]

Allah’s Messenger (PBUH) said, “Whoever died and he ought to have fasted (the missed days of Ramadan) then his guardians must fast on his behalf.” [Sahih al-Bukhari Book-30, Hadith-59]

The Messenger of Allah said: “Whoever fasts Ramadan, then follows it with six from Shawwal, then that is (equal in reward) to fasting everyday.” [Jami` at-Tirmidhi Book-8 Hadith-78]