Imam Reciting Quran Fast in Taraweeh, Is it allowed to pray in this manner? 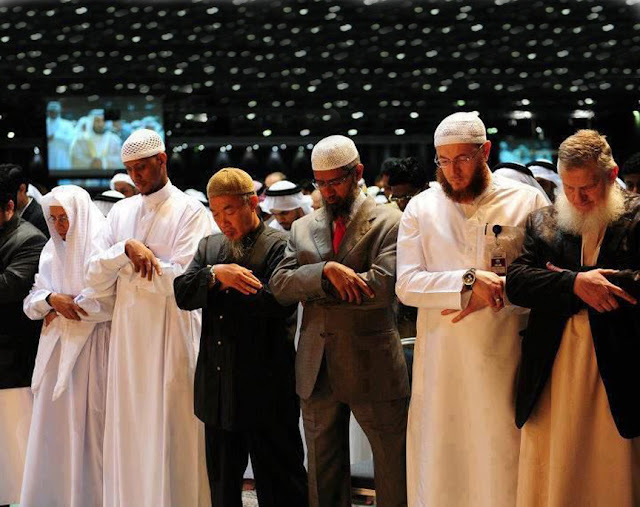 It is very common in many of the mosques because they want to finish the Quran in the month of Ramadan in ‘taraweeh’ so they make it as short as possible. They do recite very fast and very often you see they go into the ‘ruku’ and ‘sajood’ very fast and many times once I was in one of the mosques and when the imam went in the sujood I went after him and he got up again and went again I was still in my first sujood while he was doing the second sujood. So is it right or wrong?

It is mentioned in Sahih Al-Bukhari, “Once the Prophet he enters the mosque and there is another man he follows him and the man offers salaah, after offering his salaah he wishes the prophet As-Salaam-Alykum , the Prophet greets back and he says that “go back and pray because you have not prayed!”, the man goes back and comes back to the prophet, the prophet again says “go back and pray as you have not prayed!”, so again the person goes the third time. He prays and he comes back. The Prophet again says “go back and pray for you have not prayed”, the third time the man says, “I cannot pray better than this, O Prophet please teach me how to pray.” So then the prophet says, “after saying the taqbeer you recite while standing in the qiyaam as much as you want then you bow down i.e. go into ‘ruku’ until you are at ease and then say “Subhana Rabil Adheem” (Glory be to Allah) (three times) and stand up straight until you are at ease then go in ‘sujood’ with calmness until you are at ease and then say “subhana rabil aala” (glory be to Allah who is most high) (thrice), then get up again till you are at ease and continue your prayer like that.”
That means all specially your ‘ruku’ and ‘sujood’ and when you get up from your ruku and in between your ‘sujood’ you should be at ease. You can’t go up and down. If you do that it is as though your prayer has not been accepted, it as though you have not prayed. So if you pray in such a manner the tarweeh like fast fast… It is like you have not prayed.

So it is best you pray slowly with calmness and if you think you can’t offer 20 rakat then offer 8 rakat but with peace, ease and calmness and long. It should not be having competition with other mosques.