Dna - Intelligent Design by the Creator 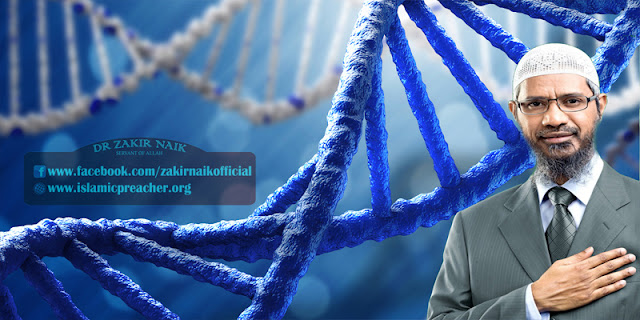 DNA, or deoxyribonucleic acid, is the hereditary material in humans and almost all other organisms. Nearly every cell in a person’s body has the same DNA. Most DNA is located in the cell nucleus (where it is called nuclear DNA), but a small amount of DNA can also be found in the mitochondria (where it is called mitochondrial DNA). The information in DNA is stored as a code made up of four chemical bases: adenine (A), guanine (G), cytosine (C), and thymine (T).

Human DNA consists of about 3 billion bases, and more than 99 percent of those bases are the same in all people. The order, or sequence, of these bases, determines the information available for building and maintaining an organism, similar to the way in which letters of the alphabet appear in a certain order to form words and sentences. DNA bases pair up with each other, A with T and C with G, to form units called base pairs. Each base is also attached to a sugar molecule and a phosphate molecule. Together, a base, sugar, and phosphate are called a nucleotide. Nucleotides are arranged in two long strands that form a spiral called a double helix. The structure of the double helix is somewhat like a ladder, with the base pairs forming the ladder’s rungs and the sugar and phosphate molecules forming the vertical sidepieces of the ladder.
Look at the people around you and for a movement think about their characteristics, in fact, the color of their eyes, skin, height, facial features, skeletal shape and countless details in their internal organs, brain, nerves, and muscles are all recorded in the DNA. DNA is like an information recording system or a database in your body. This database saves information about the cell in which is placed and about all the other cells in your body, the first cell which forms when the sperm and egg are joined, also forms the first copy of the DNA molecule which will carry the code in every cell of the person’s body right up until death.

DNA is a molecule of considerable size if you remember that the average size of a cell is smaller than a hundredth of an MM than you would know that we are talking about something far smaller than that. The DNA is carefully protected within the nucleus of the cell and this molecule is an information bank of the human body as it contains the GENES. The first cell (the fertilized egg), then divides and multiplies in the light of the program recorded in the DNA. So the tissues and organs begin to form, this is the beginning of a human being.

The coordination of this complex structuring is brought by the DNA molecule. Quran “OF WHAT SUBSTANCE GOD (ALLAH) CREATED HIM? FROM A NUTFAH (DROP OF SPERM) HE CREATED HIM THEN SET HIM IN DUE PROPORTION, THEN HE (ALLAH) EASED THE PATH OF LIFE FOR HIM [80:18-20]. The word “QADDARAHU” translated as “PROPORTIONED” in the mentioning verse comes from the Arabic verb “QADARA”. It translates as “arranging, sitting out, planning, programming or the writing of everything in destiny by (Allah {SWT}). Bearing in mind that the structure of DNA was unraveled by Francis Crick in 1953, it is truly amazing that the Quran pointed to the concept of “GENETIC PLANING” in the age when the mankind’s knowledge was very limited.
This remarkable fact again proves that the Quran is the word of Almighty creator. The amount of information contained in DNA is amazing, if we compare a human body to a building, in fact, all the predetermined information of this building can be found in the DNA even if this information is as tiny as an Atom. In addition to all the Physical characteristics, thousands of different processes taking place in the cells and body and indeed the control of the whole system are recorded in the DNA. The scientists have provided different theories to describe the amount of information contained in a DNA.

To know the amount of the recorded information in the DNA suppose that we write all those information in the books and pile them up, the height of it would reach to some 70 meters, or if a person would type about 8 hours per day with a speed of 60 words per minute it would take 50 years for him to type all of that information.