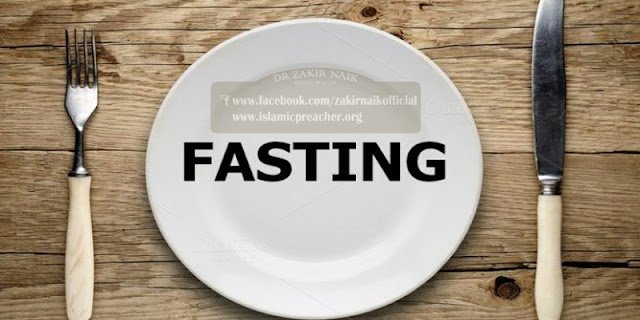 Fasting Ramadan is one of the pillars of Islam, and it is not permissible for the Muslim to fail to fast it, except with an excuse.

Whoever fails to fast Ramadan, or breaks the fast during it, for a legitimate excuse such as sickness, travel or menses, what he is required to do is to make up the days that he did not fast, according to scholarly consensus, because Allah, may He be exalted, says (interpretation of the meaning):

“and whoever is ill or on a journey, the same number (of days which one did not observe Saum (fasts) must be made up) from other days”

As for one who does not fast the month of Ramadan deliberately, out of heedlessness, even if that is just one day of the month, in the sense that he does not intend to fast it at all, or he breaks the fast after having started to fast, with no excuse, he has committed a major sin and must repent.

The majority of scholars are of the view that it is obligatory to make up the days that one does not fast. In fact some of them narrated that there was scholarly consensus on this point.

The ummah is unanimously agreed, and all the scholars narrated, concerning one who does not fast Ramadan deliberately, although he believes that it is obligatory, and he only failed to fast it out of negligence and arrogance, then he repented from that, that he must make up (the days he missed).
Ibn Qudaamah al-Maqdisi said:

We do not know of any difference of opinion concerning that, because fasting is a proven responsibility, and it cannot be discharged except by doing it, but if he does not do it, it remains due from him.

Whoever does not fast because he denies that it is obligatory is a disbeliever, according to scholarly consensus. Whoever does not do it because he is lazy and heedless is not a disbeliever, but he is in grave danger because he has omitted one of the pillars of Islam, on which there is scholarly consensus that it is obligatory, and he deserves to be punished and disciplined by the authorities in a manner that will deter him and others like him. In fact some of the scholars are of the view that he is to be deemed a disbeliever.

He has to make up the days that he did not fast, and also repent to Allah, may He be glorified.

Shaykh Ibn Baaz (may Allah have mercy on him) was asked:

What is the ruling on someone who broke the fast in Ramadan without a legitimate excuse, and he is approximately seventeen years old, and has no excuse? What should he do? Does he have to make up the missed fasts?

Yes, he has to make up the missed fasts, and he has to repent to Allah, may He be glorified and exalted, for his carelessness and breaking of the fast.

With regard to what was narrated from the Prophet (blessings and peace of Allah be upon him), that he said: “Whoever breaks the fast on one day in Ramadan, with no concession and no sickness, fasting an entire lifetime will not make up for it, even if he fasts it” – this is a da‘eef hadith according to the scholars, and is not saheeh.
Some of the scholars are of the view that whoever deliberately does not fast Ramadan does not have to make it up; rather he has to do a lot of supererogatory fasts. This is the zaahiri view, and was the view favoured by Shaykh al-Islam Ibn Taymiyah and Shaykh Ibn ‘Uthaymeen.

Al-Haafiz Ibn Rajab al-Hanbali said: The view of the Zaahiris or of most of them is that the one who deliberately breaks the fast does not have to make it up. This was narrated from ‘Abd ar-Rahmaan, the companion of ash-Shaafa‘i in Iraq, and from the son of the daughter of ash-Shaafa‘i. it is also the view of Abu Bakr al-Humaydi concerning fasting and prayer if a person deliberately does not do them; it is not valid for him to make them up. Something similar was stated by a number of our earlier companions, including al-Jawzjaani, Abu Muhammad al-Barbahaari and Ibn Battah.

The one who deliberately did not fast or pray with no excuse cannot make it up, and it is not valid on his part.

But if he does not fast at all, deliberately and with no excuse, then the more correct view is that he does not have to make it up, because it will never benefit him in the slightest, and it will not be accepted from him. The basic principle concerning every act of worship that is connected to a specific time is that if it is delayed beyond that specific time with no excuse, it will never be accepted.