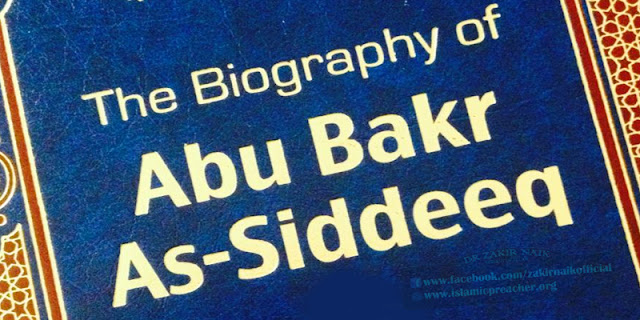 Hazrat Abu Bakr (RA) was almost two years younger than Prophet (SAW). He (RA) was quite different from the rest, and was more or less similar in his behavior with that of the Prophet (PBUH) of Allah, having qualities of truthfulness and honesty. Hazrat Abu Bakr (RA) was kind-hearted and used to help in resolving problems of others. Regarding his compassionate behavior towards others, the Prophet Muhammad (SAW) is narrated by Anas ibn Malik (RA) to have said: “The most merciful of my Ummah towards my Ummah is Abu Bakr.” (Tirmidhi)

He (RA) had adopted the profession of trade and was well known for his integrity in dealings, due to which people used to keep their belongings with him as trusts. He earned a considerable amount of wealth through this commerce which was made possible with the help of his great character. It is said that Abu Bakr (RA) gave more material support to Muhammad (SAW) than anyone else.
Some of the most significant instances from Abu Bakr (RA) life, which shows his great position in the history of Islam, are discussed below:

1) FIRST ADULT TO ACCEPT ISLAM: Hazrat Abu Bakr (RA) used to live close to Prophet Muhammad (SAW) even before accepting Islam. When Prophet (SAW) told Hazrat Abu Bakr (RA) about His Prophethood and First Revelation of Allah SWT, he (RA) gladly embraced Islam. Due to the close companionship of both, Hazrat Abu Bakr (RA) knew about His great personality that He (SAW) could never think about lying. He (RA) did not stop thinking about it and became Muslim.

2) EARN THE TITLE OF AS SIDDIQ: The incidents of Journey of Prophet (SAW) of Isra (Moving from Kaaba in Makah to Bait-al Maqdas in Jerusalem) and Miraj (Visiting the seven Heavens and Paradise) no one believed him. But Hazrat Abu Bakr (RA) did believe on our beloved Prophet (SAW), He (RA) also mentioned to those who came to him asking about these incidents that he truly believed on what Messenger (SAW) said about these events. Another incident was one He (RA) submitted to Islam with such determination that once the Holy Prophet (SAW) himself remarked, “I called people to Islam, everybody thought over it, at least for a while, but this was not the case with Abu Bakr, the moment I put Islam before him, he accepted it without any hesitation.” He was titled As-Siddiq by the Prophet because his faith was too strong to be shaken by anything.

3) EARLIEST PERSON TO INVITE OTHERS TO EMBRACE ISLAM: As soon as He (RA) entered in Islam, he started actively participating in the cause of calling others towards it. In this way, he became the very first individual after the Holy Prophet (SAW) to preach Islam. Hazrat Abu Bakr (RA) also used his social influence to bring many people to Islam. He presented Islam in such a way that impelled many of his close friends to embrace Islam. First, he went to ‘Uthman, Talha, Zubair and Said, who accepted his message and embraced Islam. Then, he encouraged other prominent figures of Qureysh including ‘Uthman bin Maz’un, Abu’Ubaidah, Abdur Rahman bin ‘Auf, who also responded positively.

4) FIRST CALIPH IN THE HISTORY OF ISLAM: Hazrat Abu Bakr (R.A) was ever the closest friend of the Holy Prophet (SAW) throughout His Islamic caravan. After the death of Hazrat Muhammad (SAW), all the companions of Prophet (PBUH) were in a state of great grief. Nobody knew that who would lead them. Hazrat Abu Bakr (RA) was rated so highly among the believers that He was given authority to lead the Muslims after passing of the Holy Prophet (PBUH). Although at first, there was some confusion over whether Chief should be from Ansaar or Muhajireen, but eventually Abu Bakr (RA) was given the power to have this great honor as no one was as close to the Messenger (PBUH) of Allah as he was.
5) BEING IMAM OF MOSQUE IN ABSENCE OF PROPHET (SAW): The Prophet (SAW) led the prayers himself ever since he arrived in Madinah. During his last illness, the Prophet (SAW) could no longer lead the prayers, he was too weak to go to the mosque, and he, therefore, had to choose someone to fill such high position after him. Abu Bakr (RA) was also the one who was honored to be chosen by the Prophet (SAW) for such a task. In Hadith, it is mentioned that: “Tell Abu Bakr from my side to offer Salat to people (Muslims). [In absence of Prophet Muhammad (PBUH)]” (Bukhari and Muslim). Hadith clearly indicates the great position of Hazrat Abu Bakr (RA) in the eyes of Prophet (SAW) that He made him the Imam of Muslims to lead the Salah.

Hazrat Abu Bakr (RA) was the man of great faith, truthfulness, and integrity and did true service of Islam. He spent his entire life always tried to be a better Muslim. Hazrat Abu Bakr (RA) died at the age of 63, exactly the age the Holy Prophet (PBHU) died at. He is buried very next to the Apostle (PBUH) of Allah.