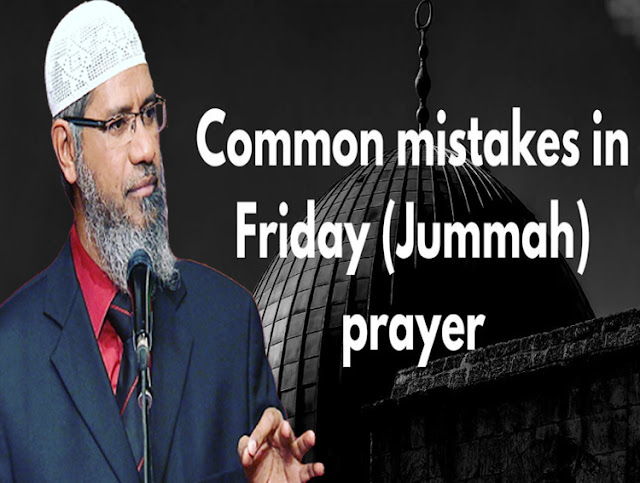 Jummah Prayers are very important for every Muslim. Recently we talked about the things you should do on Friday Prayer day and today we will talk about the mistakes we make during Friday prayers.

These are 5 major mistakes we make while Jummah prayers:

1. TALKING DURING THE KHUTBAH

Allah's Messenger (p.b.u.h) said, "When the Imam is delivering the Khutba, and you ask your companion to keep quiet and listen, then no doubt you have done an evil act."

2. NOT LISTENING TO KHUTBAH

“One who distracts himself with pebbles during the Khutbah will not get the (Jumu’ah) reward”.

Working during the Jummah Salah is prohibited, as soon as you hear the Adhaan on Friday, you should rush towards mosque and put a pause on every work you are doing at that time.

O you who have believed, when [the adhan] is called for the prayer on the day of Jumu’ah [Friday], then proceed to the remembrance of Allah and leave trade. That is better for you, if you only knew.

You should always be ready for Friday prayers, Do not plan anything which becomes the reason for you to be late for the Jummah. Muhammad PBUH said that there is a reward of fasting on each step you take towards the mosque to pray Friday prayer to take Ghusl.

The Prophet (p.b.u.h) said whoever performs Ghusl, arrives early, gets close to the khatib and listens, there will be a reward of a year of fasting and praying for every step he takes.

The Prophet (p.b.u.h) said, “On every Friday the angels take their stand at every gate of the mosque to write the names of the people chronologically (i.e. according to the time of their arrival for the Friday prayer) and when the Imam sits (on the pulpit) they fold up their scrolls and get ready to listen to the sermon.”

Prophet (p.b.u.h) delivered a sermon to the people on Friday, and he saw them wearing woolen clothes, The Messenger of Allah (p.b.u.h) said:

“There is nothing wrong with any one of you, if he can afford it, buying two garments for Friday, other than his daily work clothes.”

Make sure to share this with your friends and family. And if you have something more to share, do not forget to write that in the comment box below.