3 Things Happen When You Give Zakah 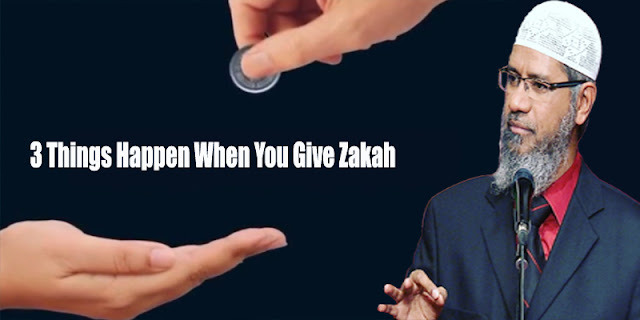 Take, [O, Muhammad], from their wealth a charity by which you purify them and cause them increase, and invoke [Allah ‘s blessings] upon them. Indeed, your invocations are reassurance for them. And Allah is Hearing and Knowing. (Quran 9:103)

Have you ever stopped for a moment to think about the massive financial gap that exists, globally, between the “haves” and the “have-nots”?

While many people are born into wealthy families, many others are not. Yet, they are born into a world of privilege. This means that even though their parents were not wealthy, they still are born into a society that gives them certain privileges based on race and often religion.

The downside is that the world of the privileged is often an exclusive club that denies minorities and anyone else who does not fit into a societal ‘mold’ even the most basic of human rights. Education is one such right that holds people back and prevents the earning of a stable income.

According to recent research, there are over 1 billion destitute people around the world that survive on only 1 dollar per day and over half of the global population survives on less than 10 dollars a day.

Revealed more than 1,400 years ago, the Noble Quran stipulates the obligation for all Muslims to care for the poor and the needy. One of the main pillars of Islam is the duty for all Muslims, who are able, to pay an annual “poor alms” every year at a rate of 2.5%.

Known as Zakah, it is paid during the Holy Month of Ramadan and carries such a responsibility that the fasting person’s fasts will not be accepted until it is paid. Quite notably, paying Zakah helps you much more than the needy people who receive it.
PURIFIES YOUR WEALTH & UPLIFTS YOUR FAITH

When translated into English, the word Zakah means to purify your wealth. That doesn’t mean you have to physically wash your dollars or dirhams! It does mean that, by donating to those in need, you actually “cleanse” the rest of your wealth which helps to remove stinginess and miserliness from your heart. As Allah Almighty says in the Noble Quran:

Believe in Allah and His Messenger and spend out of that in which He has made you successors. For those who have believed among you and spent, there will be a great reward. (Quran 57:7)

The poor and destitute also have rights upon you that are fulfilled through the payment of Zakah as well as optional year-round charitable donations.

INCREASES YOUR WEALTH & CLOSENESS TO ALLAH

You have nothing to lose and everything to gain when you give in charity. Paying the annual Zakah is a mercy and blessing from Allah Almighty as it not only increases your wealth but allows you to draw closer to your Lord. As the Prophet Muhammad (peace be upon him) said:

Whatever you give in charity, it will come back to you exponentially. Most importantly, whenever you extend a helping hand to the less fortunate, you become nearer to Allah through open-handness.

Quite notably, the rate of Zakah is very small and will not even put a dent in the wealth of most Muslims. However, neglecting the payment of the poor alms will create an enormous crater in your spirit and have lasting consequences in this life and the next.
HELPS THE COMMUNITY & SOOTHES YOUR HEART

For the Muslims who faithfully fulfill this duty, it is a great honor and a noble deed to be able to help those who need it the most.

When you pay Zakah the heart is immediately softened and relieved. It is a golden opportunity to help your community while bringing peace to your heart. And when you think of all the billions of Muslims who pay Zakah every Ramadan, it is impossible to calculate the annual global collection of Zakah or ever know how many lives are changed by it. The knowledge is with Allah alone and, as always, He knows best.

As the Holy Month of Ramadan begins its approach, be mindful of your Zakah. Take great care to calculate it properly and pay it on time. And you don’t necessarily have to donate it to a charitable organization that may already be receiving an abundance of Zakah donations.

Do your research and pay your Zakah to those near to you; whether they are poor relatives, neighbors or especially new Muslims who are facing financial distress as a result of embracing the Islamic faith. Many new Muslims are Zakah-eligible due to a loss of spouse, unemployment or familial abandonment upon becoming a Muslim.