Why Are There More Women in Hell Than Men? 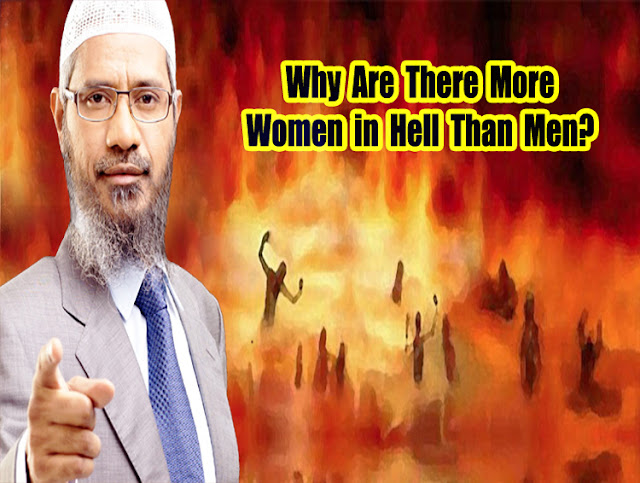 With regard to the reason for this, the Prophet (peace and blessings of Allah be upon him) was asked about it and he explained the reason.

It was narrated that ‘Abd-Allah ibn ‘Abbas (may Allah be pleased with him) said: The Messenger of Allah (peace and blessings of Allah be upon him) said: “I was shown Hell and I have never seen anything more terrifying than it. And I saw that the majority of its people are women.” They said, “Why, O Messenger of Allah?” He said, “Because of their ingratitude (kufr).” It was said, “Are they ungrateful to Allah?” He said, “They are ungrateful to their companions (husbands) and ungrateful for good treatment. If you are kind to one of them for a lifetime then she sees one (undesirable) thing in you, she will say, ‘I have never had anything good from you.’” (Narrated by al-Bukhari, 1052)

It was narrated that Abu Sa’eed al-Khudri (may Allah be pleased with him) said:

“The Messenger of Allah (peace and blessings of Allah be upon him) went out to the musalla (prayer place) on the day of Eid al-Adha or Eid al-Fitr. He passed by the women and said, ‘O women! Give charity, for I have seen that you form the majority of the people of Hell.’ They asked, ‘Why is that, O Messenger of Allah?’ He replied, ‘You curse frequently and are ungrateful to your husbands. I have not seen anyone more deficient in intelligence and religious commitment than you. A cautious sensible man could be led astray by some of you.’ The women asked, ‘O Messenger of Allah, what is deficient in our intelligence and religious commitment?’ He said, ‘Is not the testimony of two women equal to the testimony of one man?’ They said, ‘Yes.’ He said, ‘This is the deficiency in her intelligence. Is it not true that a woman can neither pray nor fast during her menses?’ The women said, ‘Yes.’ He said, ‘This is the deficiency in her religious commitment.’”

(Narrated by al-Bukhaari, 304)
It was narrated that Jabir ibn ‘Abd-Allah (may Allah be pleased with him) said: “I attended Eid prayers with the Messenger of Allah (peace and blessings of Allah be upon him). He started with the prayer before the khutbah (sermon), with no adhan (call to prayer) or iqamah (final call to prayer). Then he stood up, leaning on Bilal (may Allah be pleased with him), speaking of fear of Allah (taqwa) and urging us to obey Him. He preached to the people and reminded them. Then he went over to the women and preached to them and reminded them. Then he said, ‘Give in charity, for you are the majority of the fuel of Hell. A woman with dark cheeks stood up in the midst of the women and said, ‘Why is that, O Messenger of Allah?’ He said, ‘Because you complain too much and are ungrateful to your husbands.’ Then they started to give their jewelry in charity, throwing their earrings and rings into Bilal’s cloak.”

A muslimah who learns about these ahadeeth should behave like that of the sahabiyat, the female companions, who when the heard what prophet (peace be upon him ) said gave out their jewelleries and strived to do good deeds so that they will be far from being included with those inhabitants of hell.

Therefore it is our advice to our Muslimah sisters that they must strive to do good, fulfill the obligatory rituals of islam and be grateful to their husbands and of Allah. They must keep away from haram and evil. They must refrain from things that may lead to shrik, such as seeking one's needs from someone other than Allah, going to practitioners of witchcraft and fortune-tellers, etc. Such things are more common among women than men.

We ask Allah to keep us and all our brothers and sisters far away from the Fire and the words and deeds that bring one close to it.