Who Should Carry Out the Hadd Punishment for Zina? 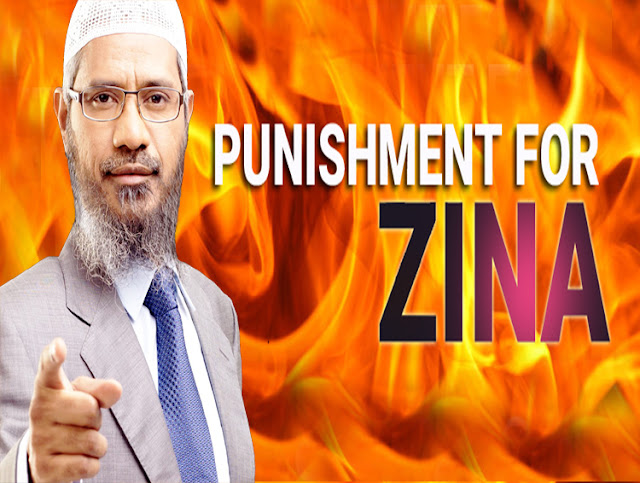 One of the greatest sins that a person can commit and then meets his Lord on the day of Judgement is the killing of a soul that Allah has forbidden to kill. Allaah says:

“And whoever kills a believer intentionally, his recompense is Hell to abide therein; and the Wrath and the Curse of Allaah are upon him, and a great punishment is prepared for him” [al-Nisa’ 4:93]

It was narrated that Anas (may Allaah be pleased with him) said: The Prophet (peace and blessings of Allaah be upon him) was asked about major sins, and he said: “Associating others with Allaah, disobeying one’s parents, murder and bearing false witness.” Narrated by al-Bukhaari, 2510; Muslim, 88.

It was narrated that Ibn ‘Umar (may Allaah be pleased with him) said: The Messenger of Allaah (peace and blessings of Allaah be upon him) said: “The believer will continue to have a good chance of salvation so long as he does not shed haraam blood.” Narrated by al-Bukhaari, 6469. Secondly:

In Islam, it is not permissible to accuse the chaste man or woman of commiting Zina. Zina can be proven only by the four witnesses who have seen the act take place with their own eyes, and see the penis enter the vagina or by unforced confession of the man or woman themselves. Anything other than that is accusation against a Muslim and for that a person is given 80 lashes. Allaah says:

“And those who accuse chaste women, and produce not four witnesses, flog them with eighty stripes, and reject their testimony forever. They indeed are the Faasiqoon (liars, rebellious, disobedient to Allaah)”

In shariah, Allah has prescribed the punishment for the zina. The hadd punishment is stoning if they are married and 100 lashes if they are unmarried.

Allaah says: “The men and women who commit Zina, flog each of them with a hundred stripes. Let not pity withhold you in their case, in a punishment prescribed by Allaah, if you believe in Allaah and the Last Day. And let a party of the believers witness their punishment” [al-Noor 24:2]

If it is asked: who is it that should carry out this hadd punishment for zina? The answer is:

It is not for a common man to carry out the had punishment for the this sin without the permission of the ruler. If there is no ruler who rules according to shariah then it is not permissible for ordinary people to carry out the punishment. Whoever does that is sinning because matters like these require deep knowledge of shariah in order to know the conditions of proof. Ordinary people have no knowledge about such things and this may lead to several evils and loss of security, whereby people will attack one another and kill one another or chop off one another’s hands on the grounds that they are carrying out hadd punishments.
Al-Qurtubi said:

It was narrated from Abu’l-Zinaad from his father that the fuqaha’ of the people of Madeenah used to say that no one should carry out any of the hadd punishments except the ruler, unless it is a man carrying out the hadd punishment for zina on his male or female slave. Nayl al-Awtaar, 7/295, 296. As such honor killings too are not acceptable in Islam. The family of the boy and girl must protect them from committing evil actions. If the only way is to detain her and tie her up, then they have the right to do that, so they should detain her in the house. But as for killing her, they should not do that.

Shaykh al-Islam Ibn Taymiyah (may Allaah have mercy on him) was asked about a married woman who had children and who formed an attachment to a man and committed immoral actions with him. When she was found out, she tried to leave her husband: did she have any right to her children after doing this? Was there any sin on them if they cut off relations with her? Was it permissible for the one who has proof of that to kill her secretly? If someone else did that would he be sinning? He replied:

Her sons’ and male relatives’ duty is to prevent her from committing haraam actions, and if the only way they could do that is by detaining her, then they should detain her. If it means that they have to tie her up, then they should tie her up. But the son should not beat his mother, and with regard to treating her kindly, they have no right to do otherwise. It is not permissible for them to cut off ties with her so that she is free to do evil actions, rather they should try to prevent her from doing evil as much as possible. If she needs provision and clothing they should provide that for her. And it is not permissible for them to carry out the hadd punishment – execution or otherwise – on her, and they will be sinning if they do that. Majmoo’ al-Fataawa, 34/177-178.
It happened that women at the time of Prophet Muhammad (peace be upon him) committed zina but no one in their families killed them. One of them was al-Ghaamidiyyah (may Allaah be pleased with her). It was narrated that Buraydah ibn al-Haseeb said: A woman from Ghaamid, a branch of al-Azd, came and said: “O Messenger of Allaah, purify me!” He said, “Woe to you! Go back and seek the forgiveness of Allaah and repent to Him.” She said: “I think that you intend to send me back as you sent Maa’iz ibn Maalik back.” He said, “What has happened to you?” She said that she had become pregnant as a result of zina. He said: “Is it you (who has done that)?” She said: “Yes.” He said to her: “(You will not be punished) until you give birth to that which is in your womb.” A man from among the Ansaar sponsored her [i.e., paid for her needs etc] until she delivered (the child). Then he (that Ansaari) came to the Prophet (peace and blessings of Allaah be upon him) and said: “The Ghaamidi woman has given birth to a child.” He (the Prophet (peace and blessings of Allaah be upon him)) said: “Then we will not stone her and so leave her child with no one to nurse him.” One of the Ansaar stood up and said: “O Messenger of Allaah, let me be responsible for ensuring that he is nursed.” Then she was stoned to death.