Is Celebrating the Night of Miraaj Innovation (Bidah)?? - Complete Answer 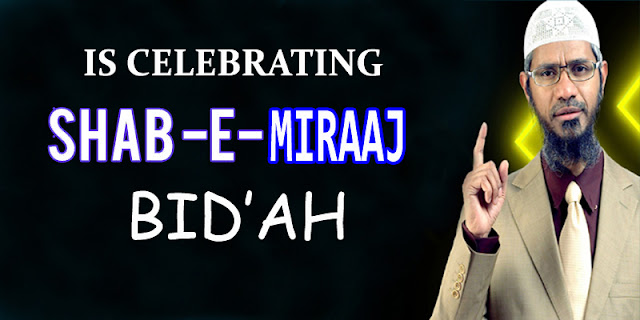 There is no doubt that the Isra’ and Mi’raaj (the Prophet’s Night Journey and Ascent into heaven) are two great signs of Allah which point to the truthfulness of the His Messenger Muhammad (peace and blessings of Allah be upon him), and the greatness of his status before Allah. They are also signs of the great power of Allah, and of His exalted position above His creation.

Allah says in the Quran: “Glorified (and Exalted) be He (Allah) [above all that (evil) they associate with Him]

Who took His slave (Muhammad) for a journey by night from Al‑Masjid Al‑Haraam (at Makkah) to Al‑Masjid Al‑Aqsa (in Jerusalem), the neighbourhood whereof We have blessed, in order that We might show him (Muhammad) of Our Ayaat (proofs, evidences, lessons, signs, etc.). Verily, He is the All‑Hearer, the All‑Seer”

There are mutawaatir reports from the Messenger of Allah (peace and blessings of Allah be upon him) that he was taken up into the heavens, and their gates were opened for him, until he passed beyond the seventh heaven, where his Lord spoke to him as He willed, and enjoined the five daily prayers upon him. At first Allah, may He be exalted, enjoined fifty prayers, but our Prophet Muhammad (peace and blessings of Allah be upon him) kept going back and asking Him to reduce it, until He made them five, so they are five obligatory prayers but fifty in reward, because each good deed is rewarded tenfold. To Allah be praise and thanks for all His blessings.

With regard to this night on which the Isra’ and Mi’raaj took place, there is nothing in the saheeh ahaadeeth to indicate that it is in Rajab or in any other month. Everything that has been narrated concerning a specific date for these events cannot be proven to have come from the Prophet (peace and blessings of Allah be upon him) according to the scholars of hadeeth. Allah has wise reasons for causing the people to forget it.

Even if the date were proven, it would not be permissible for the Muslims to single it out for particular acts of worship, and it is not permissible for them to celebrate it, because the Prophet (peace and blessings of Allah be upon him) and his companions (may Allah be pleased with them) did not celebrate it and they did not single it out in any way. If celebrating it was something that is prescribed in Islam, the Messenger would have told his ummah about that, either in word or in deed. If any such thing had happened, it would have been well known, and his companions would have transmitted the information to us.

If venerating and celebrating this night were part of the religion of Allah, then the Prophet (peace and blessings of Allah be upon him) would have done that and would not have concealed it. Since no such thing happened, it is known that celebrating it and venerating it is not part of Islam at all. Allah has perfected this ummah’s religion for it and has completed His favour upon them, and He condemns those who introduce things into the religion which Allah has not ordained.

Allah says in His holy Book, in Soorat al-Maa’idah (interpretation of the meaning):

“This day, I have perfected your religion for you, completed My Favour upon you, and have chosen for you Islam as your religion”

And Allah says in Soorat al-Shoora (interpretation of the meaning):

“Or have they partners with Allah (false gods) who have instituted for them a religion which Allah has not ordained?”

In the saheeh ahaadeeth it is proven that the Messenger of Allah (peace and blessings of Allah be upon him) warned against bid’ah (innovation) and stated clearly that it is misguidance, so as to show the ummah how serious the matter is and put them off it.

For example, it is narrated in al-Saheehayn from ‘Aa’ishah (may Allah be pleased with her) that the Prophet (peace and blessings of Allah be upon him) said: “Whoever introduces anything into this matter of ours that is not part of it will have it rejected.” In a report narrated by Muslim it says: “Whoever does any action that is not part of this matter of ours will have it rejected.”

In Saheeh Muslim it is narrated that Jaabir (may Allah be pleased with him) said: The Messenger of Allah (peace and blessings of Allah be upon him) used to say in his khutbah on Friday: “The best of speech is the Book of Allah and the best of guidance is the guidance of Muhammad (peace and blessings of Allah be upon him). The worst of matters are those which are newly-invented, and every innovation is a going astray.” Al-Nasaa’i added with a jayyid isnaad: “and every going astray will be in the Fire.”

In al-Sunan it is narrated that al-‘Irbaad ibn Saariyah (may Allah be pleased with him) said: The Messenger of Allah (peace and blessings of Allah be upon him) delivered an eloquent speech to us which melted our hearts and caused our eyes to flow with tears. We said: O Messenger of Allah, it is as if it is a farewell address, so advise us. He said: “I advise you to fear Allah, and to listen and obey, even if a slave is appointed over you. Whoever among you lives will see many differences, so I urge you to adhere to my Sunnah and the way of the rightly-guided caliphs who will come after me, and cling firmly to it. Beware of newly-invented matters, for every newly-invented matter is an innovation and every innovation is a going astray. And there are many ahaadeeth with a similar meaning.

Warnings against bid’ah (innovation) have been narrated from the companions of the Messenger of Allah (peace and blessings of Allah be upon him) and from the righteous salaf after them, because this is no more than adding things to the religion and instituting a religion that Allah has not ordained, and it is an imitation of the enemies of Allah, the Jews and the Christians, in their additions to their religions and introducing into them things that Allah had not ordained. It also implies that there is something lacking in Islam, and that it is not complete, and it is well known that this leads to great mischief and evil, and goes against the verse in which Allah says (interpretation of the meaning):

“This day, I have perfected your religion for you, completed My Favour upon you, and have chosen for you Islam as your religion”

It also goes against the ahaadeeth of the Messenger (peace and blessings of Allah be upon him) which warn against innovation (bid’ah).

I hope that the evidence we have quoted will be sufficient to convince the seeker of truth that this bid’ah is wrong, i.e., the innovation of celebrating the night of the Isra’ and Mi’raaj, and that it is not part of the religion of Islam at all.

Because Allah has enjoined being sincere towards the Muslims and explaining what Allah has prescribed for them in their religion, and because it is haraam to conceal knowledge, I thought that I should point out this innovation, which is so widespread in many regions that people think it is part of the religion, to my Muslim brothers. Allah is the One Whom we ask to set the affairs of all the Muslims straight, and to bless them with knowledge of Islam, and to help us and them to adhere steadfastly to the truth, and to forsake everything that goes against it, for He is able to do that. May Allah send blessings and peace upon His slave and Messenger, our Prophet Muhammad, and his family and companions.