Good and Bad Deeds of Children 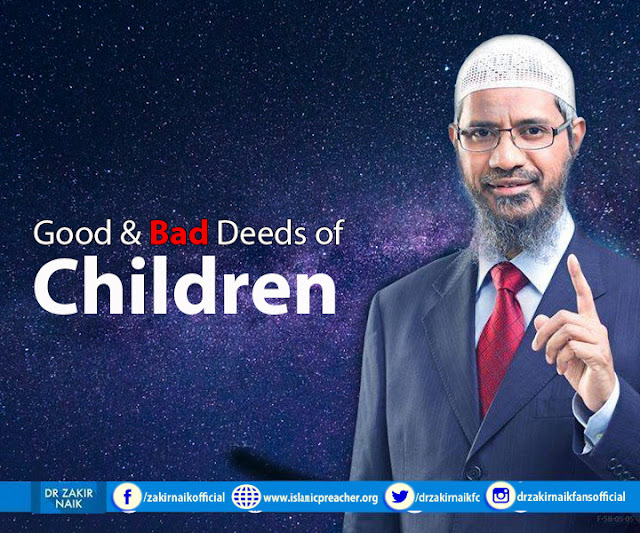 Children are one of the most beautiful blessings of ALLAH SWT. Their innocence is the best thing in the world. Nothing compared to them looks half so good. This goodness increases many folds if they are brought up in the best way as prescribed in Islam. They have rights and parents and guardians are obligated to listen to them and help them when they need.

They are to be fed and clothed and brought up in the best possible way.

Childhood is the most delicate age of human life. Whatever happens to one in this age, it leaves its imprints forever. It's the age when personality is built. If brought up in a constructive environment, children would be good human beings and if they are brought up irresponsibly, then the flaws in their personalities will become permanent. Most of the successful people in the history of this world were successful because they un-intentionally shaped their minds in their childhood while the same is true for most of the criminals. Those children who are not treated good in their childhood do not become good parents in most cases because of their personality flaws and vice versa.

For these reasons, Islam has made its responsibility to bring up children in the best manner. Children should be treated with respect and love because they are just like a mirror. What you do with them today, they will return you the same and probably more. If they learn to love and respect, they will give it back.

Islam starts in the life of a human being at a very early age. Children are not exempted when it comes to adhering the deen but the manner of their obedience is different. When a child is born, from that day on, parents become responsible for them. It is their responsibility to make their children familiar with Islam at this young age so that it becomes part of their personality.
As we know, childhood is the age where no sin in incurred but for the reward of all the good deeds in given to the child. Plus, parents are also rewarded for that good deed done by child because it was they who taught him to be good. This is indicated by the hadeeth in Saheeh Muslim, narrated by Ibn Abbaas, that a woman lifted a child to the Prophet, salallahu ‘alayhi wa salam, during his farewell Hajj and said: “O Messenger of Allah, is there Hajj for him?” He, salallahu ‘alayhi wa salam, replied: “Yes, and there is reward for you.”

similarly, whoever teaches the child a good act besides parents Is also rewarded. A saying of beloved Prophet Muhammad pbuh indicates it in the following words, “For the one who guides to good, a reward similar to that of the one who performs it.” Narrated in Saheeh Muslim.

Coming to the bad deeds; children learn from their surroundings. If they learn something bad, like abusing or other un-islamic things, then they are free of the punishment because in their age of innocence, they cannot learn the difference between right and wrong. For them, everything is fun and game. So when they do something bad, it befalls on the elders to stop them, especially parents. Because if they are ignored, they might repeat the same thing and learn even more bad things.