Ruqyah: How and When? 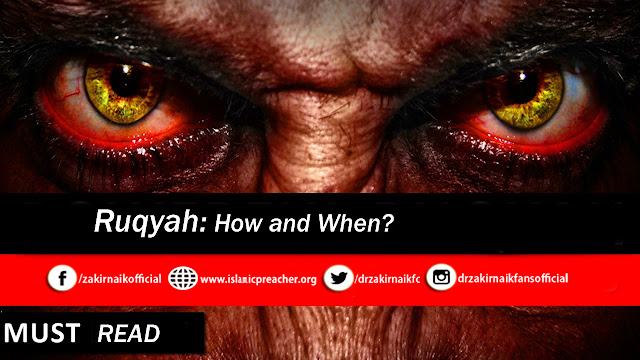 “It was narrated that `A’ishah (may Allah be pleased with her) said: “When the Messenger of Allah (peace and blessings be upon him) was ill, he would recite al-Mu`awidhatayn (surahs of Al-Falaq and An-Nas) over himself and spit dryly. When his pain grew intense, I recited over him and wiped him with his own hand, seeking its blessing” (Al-Bukhari).

With regard to the hadith narrated by Muslim, according to which the Prophet (peace and blessings be upon him) described the seventy thousand of this Ummah who will enter Paradise without being brought to account or punished, and in which it says: “They are those who did not recite ruqyah or ask for ruqyah to be done, and they did not believe in bad omens and they put their trust in their Lord” – the phrase “they did not recite ruqyah” is the words of the narrator, not of the Prophet (peace and blessings be upon him). Hence Al-Bukhari narrated this hadith and did not mention this phrase.

Ibn al-Qayyim (may Allah have mercy on him) said:

"This phrase is inserted in the hadith, but it is a mistake on the part of some of the narrators." (Hadi al-Arwah, 1/89)

Ruqyah is one of the greatest remedies that the believer should use regularly.

With regard to the du`aa’ that is prescribed for the Muslim to say if he wants to recite ruqyah for himself or for someone else, there are many such du`aa’s, the greatest of which are Al-Fatihah and Al-Mu`awidhatayn.

The du`aa’s that have been narrated in the Sunnah include the following:

At-Tirmidhi added: He said, “I did that, and Allah removed what I had been suffering, and I continued to enjoin my family and others to do that.”

It was narrated that Ibn `Abbas (may Allah be pleased with him) said: “The Prophet (peace and blessings be upon him) used to seek refuge for al-Hasan and al-Husayn, and he would say, ‘Your father [ meaning Ibrahim peace be upon him] used to seek refuge with Allah for Isma`il and Ishaq with these words: A`udhu bi kalimat Allah al-tammah min kulli shaytanin wa hammah wa min kulli `aynin lammah (I seek refuge in the perfect words of Allah, from every devil and every poisonous reptile, and from every evil eye)’” (Al-Bukhari).”