Anger: the impact on children 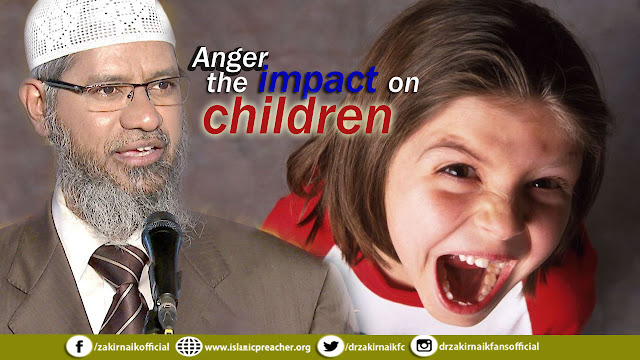 Imagine the Muslim world through the eyes of children. The number of contradictions between what is and what should be are surely depressing for our children. Consider anger. From early childhood, we teach our children to suppress their anger as much as possible. But then, have you ever been in a masjid around elections time? Or when supposedly happy events such as the celebration of the Eid are turned upside down because of discussions about the sighting of the moon? Or what about some of the Muslims in our communities who have patented their angry responses to the extent that everyone just tolerates their behavior?

Anger affects the person who is angry as well as all the people who are touched by that person's anger. An angry person is likely to speak harshly and utter obscenities. In addition, anger affects a person's health. Doctors have discussed the relationship of anger to physiological complications such as thrombosis and high blood pressure. An angry person may also cause both psychological and physical damage to himself or herself as well as his/her family. Sometimes angry people hurt themselves if they are unable or out of reach of the people at whom they want to direct their anger. At other times, angry people may physically hurt their children, their spouse, or other people. A high proportion of the pronouncements of divorce occur when people are angry.
Dealing with anger

There are many ways to deal with anger. However, the best of guidance is that of the Prophet Muhammad (sal Allahu alayhi wa sallam). Three specific ways that he advised Muslims to deal with anger are as follows: 1) seek refuge in Allah from shaitan, 2) stay silent, 3) do not move.

Imam Ahmad recorded in his Musnad, that the Prophet Muhammad (sal Allahu alayhi wa sallam) also advised that "If any of you becomes angry, let him keep silent." If a person is trying to be silent, he will obviously restrict the possibility that he will utter harsh speech or other obscenities.

Finally, we also find in Imam Ahmad's Musnad that the Prophet Muhammad (sal Allahu alayhi wa sallam) advised a sequence of actions when a person is angry. He (sal Allahu alayhi wa sallam) said, "If any of you becomes angry and he is standing, let him sit down, so his anger will go away; if it does not go away, let him lie down." A person who is standing will most likely go out of control if he remains standing in his anger. He may strike someone or destroy property. There is a calming effect on the angry person who sits down and a further calming effect on the angry person who moves from sitting to lying down.

This discussion on anger is aimed at offering a reminder to all of us that although anger is natural, its expression can have negative effects on health and family relations as well as result in destruction of property. Children are especially affected by unrestrained displays of anger. Parents should review this article and share it with their children. Perhaps by modeling effective ways to express and to deal with anger, parents can help children to better manage their own anger at home, in school, and among friends.