2 Things Satan Does After You Sin 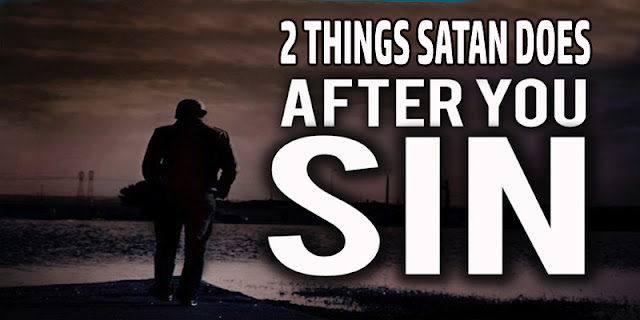 Satan does two things: The first thing, he doesn’t want you to repent. And if he fails and you repent, the second thing is he makes you think that your repentance is not accepted.

These are two plans of Allah, guess which one is worse? The second is an insult to Allah because Allah says:

[O Muhammad] tell my worshipers who have transgressed against themselves never ever lose hope in the mercy of Allah. He forgives all your sins. (Quran 39:53)

So if Allah is saying “never ever lose hope in My mercy”, and you are losing hope in His mercy, you are insulting Him. He is telling you, “I am forgiving,” and you say, “I don’t think You are forgiving!”

How can you think about Allah like that? So I want to correct the perception of everyone of us. Remember, Allah is forgiving no matter what you’ve done. He will forgive you when you repent.

You need to feel the change within yourself that, “O Allah, I’ve asked You for forgiveness. I admitted my sin, I regretted it, I sought forgiveness, I promise not to do it again.” With these four conditions, you are convinced saying that ‘I am forgiven, the sin is forgotten, and it’s in the past, I’m not let it bog me down.”

If you want to repeat istighfar (seeking forgiveness), it’s important to repeat everyday, so many times, in a good way. But don’t think that Allah didn’t forgive you. No. That’s a plot of Satan.

So the sins that are committed by a person, Satan tries his best to make us lose hope in the mercy of Allah. This is something we need to be very careful of.

Don’t ever lose hope in the mercy of Allah.