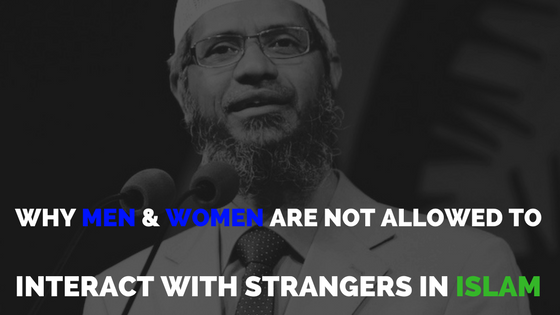 Islam is the religion which upliftment the women. There is not a single rule in Islam which prevents the upliftment of women but in the name of upliftment Islam doesn't believe in degrading women. If you see history women were only used for sex and pleasure and today if you see the western world they are talking about the uplifting of women have actually degraded her. Today western world talking about women liberalization, its nothing but a disguised form of exploitation of the body, of degradation of the honor. Islam never wants to prevent the women from upliftment but i don't know of a single job or a single competition in which a woman doesn't interact with men.

All the jobs which involve the unnecessary interaction of men aren't jobs which are fit for the women. There is not a single modest job which i know which prevents the women about the modesty role. If there is a job which prevents you from doing the Hijab, Hijab not only on the body not only the clothing, the way you talk, the way you behave and the way you thinking. All this comes in the Hijab aren't good for you and when the western world talks about equality, i ask them when men and women are equal so why don't we have a boxing match between men and women together, they are equal. Even they agree that they are not equal. When there is a boxing match why don't they participate together? Aren't they degrading the women? Yes, or No so you realize these people they have their own way of thinking.

Allah, the Almighty has made the men and women different. Physiologically different, biologically different, depending upon the roles what they have been given. Allah the Almighty has given the do's and dont's for men and women and not that a men and women cannot interact but unnecessary interaction has to be avoided and in the western world when they sit for examination men and women sit together so there they consider them equal but when it comes to boxing match they don't consider them equal so when the western world can differentiate that here they can part together and here they can't part together. Why can't our creator Allah who knows the best? Unnecessary interactions i call it footsteps of devil and Allah says in the Quran in (Surah Baqarah: Chapter 2: verse 168) O you who believe do not follow the footsteps of the devil.

Most of the places where Allah says do not follow the footsteps of the devil and i will give you one example of footsteps of devel that suppose there is an average Muslim and if a lady comes and say come let's spend a night together and he says spending the night Oh its haram. Not allowed and the same average Muslim if a lady phones, speaking to a girl on a phone. What is the problem so he speaks to a girl on a phone and after a few calls she said let's have a coffee in my college. He thinks to go with a girl for coffee, its not a big deal and after some time she says let's have a dinner in a restaurant and he thinks going for dinner with a girl. no problem and then she says let's spend a night together, spending a night together, no problem. These are the foot steps of devil. Its not mentioned in the Quran, i am giving my own example. These are the footsteps of the devil, therefore, stopping in the first level is better.

When its a requirement, when you have to speak to a man in an emergency than yes you can. Suppose there is a lady who get sick and there is a gents doctor, yes they can go to a gents doctor that doesn't men you can't speak to a gents doctor. When require you can go but with lowering your gaze, with modesty but unnecessary gossiping like what they are doing in colleges. In colleges they gossip very common is prohibited and do you know according to a stats of USA more than 90% of women before they passed the school, they have lost their virginity and same in UK, even in Mumbai i was shocked more than 50% of girls before they pass the school they lost their virginity. I was shocked. Why, because of having a boyfriend and girlfriend. Its so common that if you don't have a boyfriend or girlfriend you will be considered as an abnormal. These are the footsteps of devil and we want to uplift the women and these people in the name of art and culture, they want to sell their daughters and mothers on screen and someone told me about the ad which won the award and its of BMW car. Its a very famous car in youngsters. There is a girl standing in a bikini before the car and it say test drive her now. Who the girl or the car. What are they doing? they are selling their daughters and we Muslims we don't want that and in the name of upliftment we don't allow our daughters, we don't allow our sisters. We love them, we respect them so by now you must have understand that Islam doesn't degrade the women. Its uplift them.