THE BEST WAY TO BEAT SELF DOUBT 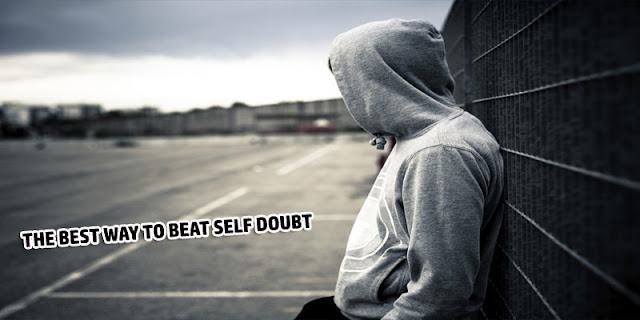 One day, Abu Bakr (the companion of Prophet Muhammad) met another companion, Hanzalah al-Usaydi. As they were good friends, Abu Bakr asked:

“How are you O Hanzalah?”

This is how the conversation transpired:

Abu Bakr: “Subhan Allah! What are you saying?”

“By Allah, we experience something similar.”

Following this, Abu Bakr and Hanzalah both felt the need to seek the counsel of the Prophet (peace be upon him).

“Hanzalah has become a hypocrite, O Messenger of Allah.”

“O Messenger of Allah, when we are with you, you remind us of the Fire and the Garden until it is as if we are seeing them with our own eyes, but when we depart from you, we attend to our wives and children and businesses, and we forget a great deal.”

By the One in Whose hand is my soul, if you continued as you are when you are with me, and continued to remember (Paradise and Hell), the angels would shake hands with you in your homes and on the streets. But, O Hanzalah, there is a time for this and a time for that, (he said it three times). (Muslim)

This is one of the most powerful narrations from the companions and of how they took their faith seriously.

In our daily practice of Islam, there are times when we doubt ourselves. We have had good times when our prayers were excellent, and we excelled in our lives both from a dunya and akhirah point of view and felt great.

Then we had a horrible dip. We started missing those Fajrs, we started to lose our temper, we started to forget our extra nafl deeds and soon we looked at ourselves and felt disgusted.

And that is normal- yes it really is. Look at this conversation. Both Abu Bakr and Hanzalah are among the top tier companions during the time of the Prophet.

Even Hanzalah had this realization that there are times when he was better as a Muslim in his heart and mind than other times. And he was worried. And he went and complained to the Prophet.

The fact that you are worried about your faith is a very, very good thing. It is in fact the sign of a believer as many among the earlier generations would say. The great scholar from the generation after the companions, al-Hasan al-Basri said about hypocrisy:

“No one fears it but a believer, and no one feels safe from it but a hypocrite.”

If we were sinning, and failing in our duties and feeling nothing, then we should be even more afraid because that is a sign that our hearts have died. The fact that we feel that guilt, that scratching inside our souls, is like a reminder from Allah for us to sort ourselves out.

It is important again to look back at the hadith. The Prophet said that if Hanzalah was perfect, the angels would come and shake hands with them.

This is one of the beautiful ways of the Prophet telling Hanzalah that perfection in worship in this world is reserved for the angels, not for humans. For humans there is a dip, and then there is a peak.

SO, WHAT DO WE DO ABOUT IT?

We can’t just sit around to expect things to change. Nothing happens without there being an initial force that brings about a change. As Allah puts it in the Quran:

Allah does not change the situation of a people until they change what is in themselves. (Quran 13:11)

Below is a list of things you can do, and is proven in the Sunnah to help in reconnecting to Allah and to help in purifying our hearts.

Be persistent in your good deeds even if you do not feel like it initially. As one of my teachers said: “Fake it till you make it.”

Every good thing is initially difficult to initiate and then easier as it goes along. So, think of the following good deeds to help in your journey back to Allah.

* Reading Quran, understanding and contemplating it.

* Send blessings upon the Prophet Muhammad (peace be upon him).

* Being thankful for many of the blessings that Allah has blessed us with.

* Taking some time out in nature and ponder on God’s creation.

* Attending a halaqah or an Islamic course.

* Going to the Masjid if you are not a regular, or going more than you usually would.

Try and pick a few of the activities above and see where you go. The best way to beat self-doubt is to do things that stop you doubting yourself and stop Satan making you doubt yourself.

The fact that you care about your faith is wonderful. Now, put that guilt into action. Satan makes us do nothing so that we are doomed to hell.

Allah invites us to His house, the house of peace, serenity and tranquility.