Six Facts About the Throne of Allah 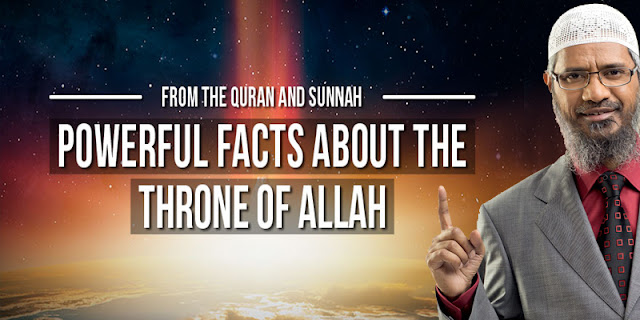 “It is He who created the heavens and earth in six days and then established Himself above the Throne. He knows what penetrates into the earth and what emerges from it and what descends from the heaven and what ascends therein; and He is with you wherever you are. And Allah, of what you do, is Seeing.”

Allah has mentioned His Throne and Kursi in the Quran, and our beloved Prophet has told us about it in several narrations.

So here are Six facts about the Throne of Allah to help us understand the greatness of Allah and His creation:

“First of all, there was nothing but Allah, and (then He created His Throne). His throne was over the water, and He wrote everything in the Book (in the Heaven) and created the Heavens and the Earth.”

2) THE THRONE OF ALLAH IS ON WATER

The Prophet (pbuh) was asked,

3) THE BEARERS OF THE THRONE

“I have been permitted to tell about one of Allah’s angels who bears the throne that the distance between the lobe of his ear and his shoulder is a journey of seven hundred years.”

“What you mention of glory of Allah, of Tabsih (Subhan-Allah), Tahlil (Allahu-Akbar) and Tahmid (Al-Hamdu lillah), revolves around the Throne, buzzing like bees, reminding of the one who said it. Wouldn’t any one of you like to have, or continue to have, something that reminds of him (in the presence of Allah)?'”

5) ALLAH’S MERCY IS MENTIONED OVER THE THRONE

“When Allah completed the creation, He wrote in His Book which is with Him on His Throne, “My Mercy overpowers My Anger.”

May Allah grant us Al-Firdaws the Highest level of Paradise!