Natural Signs Mentioned in the Quran 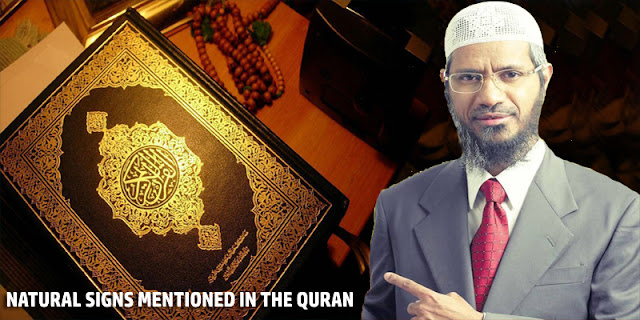 One of the most frequently recited surahs is surah Yaseen. There are many virtues assigned to the recitation of this surah, but today we won’t go into that. We’ll just have a brief look at a most amazing passage from this surah, where Allah the Exalted talks about several natural phenomena.

And a sign for them is the night; I remove the day, and behold, they are in darkness.

نَسْلَخُ means ‘to peel off’, and it was used to describe the peeling of the skin off an animal’s body by a butcher. The day is ‘peeled off’ from the body of the night, and we’re left with darkness.

And the Sun runs on its course to a place of settling. That is the decree of the All-Mighty, the All-Knowing.

Allaah’s Messenger (pbuh) asked one day, ‘Do you know where the sun goes?’

And I have fixed phases for the moon (to traverse) until it returns curved like an old date stalk.

Manaazil means ‘the places one arrives at’, i.e. the stages of the moon. When there were no calendars available, and no mobile phones with which to check them, we had the moon to know what day it is.

Allah the Exalted says in another verse,

It is He who made the sun a shining light and the moon a derived light and determined for it phases – that you may know the number of years and account [of time]. [10:5]

This changing of the moon’s stages is a comparison to the lifespan of human beings as described in the verse:

This is in contrast with the Day of Judgment, when the sun and moon will collide with each other, as mentioned in the following ayah:

Ibn Kathir quoted Ad-Dahhak having said,’ ‘The night does not depart from here until the day comes from here –’ and he pointed to the east.’

And it is He who created the night and the day and the sun and the moon; all [heavenly bodies] in an orbit are swimming. [21:33]

The floating implies it is not moving on its own accord. The night and day, the sun and the moon are all floating in their own orbits in the heaven. This fact, mentioned fourteen hundred years ago by an illiterate prophet, is today proven by modern sign.

Now pause for a moment and reflect, why does Allah mention all these everyday phenomena which we have become so used to that we don’t even notice? It is for us to pay attention to these amazing miracles in nature which are all around us, and which are manifest witnesses of the perfection of the Creator.

Understand every word in salah to get from ritual to spiritual – by understanding the meaning of each word in your 5 daily prayers, your salah will never be the same again, in sha Allah.