How to Get Rid of Loneliness 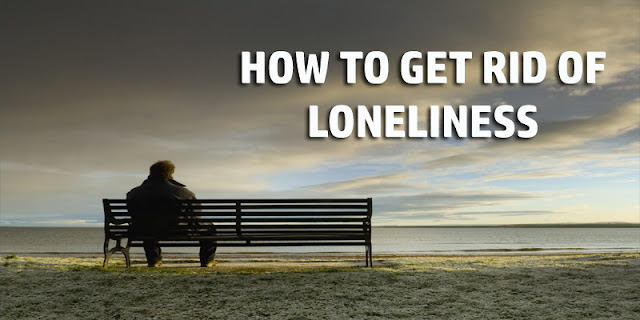 I spent a part of my life abroad for studies. Some of it was pretty sad. I was away from home, family and friends, and I wasn’t really able to make friends easily, especially with people of other races. It was very lonely, and often I would get very depressed.

Human beings are very social creatures. We don’t like being alone. Even the most introverted people, and incidentally I count myself among them, need others around. There’s not even much need for conversation; just being there in the same room gives one a warm feeling.

“If a person were condemned to spend months in isolation, cut off from all normal activities and interpersonal relationships, a substantial depression would result.” says Dr. David Burns, author of Feeling Good. “Even young monkeys slip into a retarded, withdrawn state if they are separated from their peers and confined to a small cage.”

It’s bad enough when we find ourselves in situations of loneliness, but it’s worse when we deliberately put ourselves in such a situation. When people are depressed, they go into a state of inertia, termed by Dr. Burns as “do-nothingism.” You just can’t gather enough energy to get up and make contacts, and you don’t even want to. That sort of problem needs attention. It’s definitely not healthy to ignore it.

There’s a way of getting rid of this feeling of loneliness, but it needs strength of faith and willpower. In the beginning of Surat a-Baqara, Allah Ta’ala introduces the Quran to us thus:

Alif, Lam, Meem. This is the Book about which there is no doubt, a guidance for those conscious of Allah – Who believe in the unseen, establish prayer, and spend out of what We have provided for them . . . [Quran, 2:1-3]

Notice the first characteristic of the Muttaqeen: they believe in the unseen. No matter where we are, no matter in what desolate conditions, we are never alone.

There are at least two angels with us at any given moment, one on the left and the other one the right, taking our records of good and evil deeds. We all know it, but since they are in the unseen, we don’t often realize and feel their presence.

If we obey Allah Ta’ala and worship Him wholeheartedly, He sends to us guardian angels to protect us from all evil:

For each one are successive [angels] before and behind him who protect him by the decree of Allah. [13:11]

There are other angels who roam around the earth, seeking out gatherings in which Allah’s name is being invoked: They sit with them and fold their wings round each other, filling that which is between them and between the lowest heaven. [Muslim]

Angels come and go in day and night shifts: Then those who have stayed with you over-night, ascent unto Allah Who asks them, and He knows the answer better than they, ‘How have you left My slaves?’ They reply, ‘We have left them praying as we found them praying.’ [Bukhari]

When one recites the Quran, angels come and listen.

Every one of us has a qareen from Jinns and one from the angels. The angel encourages us to do good.

*those who teach people good things

*those who wait for prayer in congregation

*those who pray in the first row

* those who fill the gaps in the rows

*those who eat suhoor

*those who send blessings upon the Prophet sallallahu alaihi wa sallam (did you just have an angel pray for you?)

*those who visit the sick

So next time you feel lonely, do some of the things which will summon more and more angels around you in sha Allah.