8 Benefits of Istighfar From the Quran 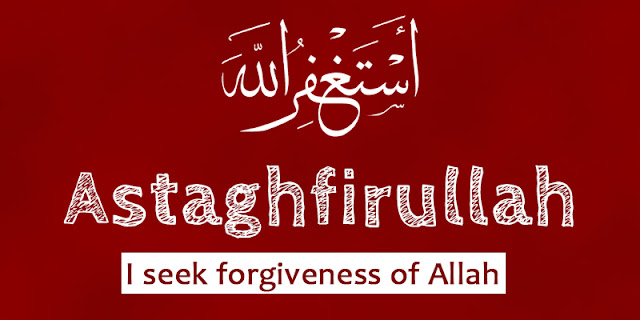 It’s a very small phrase— Astaghfirullah— we learned it when we were young & yet do not know its benefits?

Istighfar is what removes our sins from us and helps us attain the goal of Paradise. But what other benefits does istighfar bring? Allah always gives more than we ask. We ask for forgiveness, and these are the eight things that Allah gives us!

1) Ask forgiveness of your Lord. Indeed, He is ever a Perpetual Forgiver. [Quran 71:10]

We sin by the day and by the night, and Allah forgives by the day and the night. Allah’s forgiveness is vast. The Prophet, peace be upon him, said, Allah extends His hand by the day so the sinner of the night can repent and He extends His hand by the night so the sinner of the day can repent. [Narrated by Muslim]. He also said, peace be upon him, The companion (Angel) on the left lifts his pen for six hours for the Muslim slave that errs or sins. If this slave repents and seeks Allah’s forgiveness for that error or sin, the Angel doesn’t record it. And if the slave doesn’t ask Allah for forgiveness, the Angel records it once. [Muslim]So whenever we sin, let’s rush to His forgiveness.

Rain is a sign of Allah’s mercy as has been mentioned in the Quran and in the Sunnah. It is a time when Allah answers dua. Forgiveness is one of the causes for Allah to send rain down. It is symbolic as well for Allah to increase us in our provision and mercy. Even the guidance of the Quran has been compared to the effect that rain has on the dead earth. Perhaps istighfar is our door to opening our hearts to even more guidance and provision. Who doesn’t want more and more in this world and the next?

Isn’t wealth one of the big things that we are running after today? Isn’t wealth one of the main aims of our capitalist society? Allah is promising us that wealth comes with istighfar, as does children. It is for us who are struggling financially, and also those who are struggling to conceive, that they do more and more istighfar. Istighfar will open the doors that have been closed till today. Wealth and children come from Allah and it is in turning to Him that we will get them, not in turning away from Him.

5) Ask forgiveness of your Lord and then repent to Him. He will send [rain from] the sky upon you in showers and increase you in strength [added] to your strength. [Quran 11:52]

6) Seek forgiveness of your Lord and repent to Him, [and] He will let you enjoy a good provision for a specified term and give every doer of favour his favour [Quran, 11:3]

This verse promises again a good provision for a specified term for those who make istighfar. However, the specified term is important. It shows that life is not permanent and that the good provision will also come to an end one day. And that naturally makes us fearful. And that is where Allah gives His biggest promises to the people of astaghfirullah. He says He will grant us His good favour. What else in life do we want other than to know that we have earned His favour? Every blessing is a curse if His favour is not upon us, and everything can be endured if His favour is the answer. And yet, He asks for so little. All He asks is that we seek His forgiveness.

7) And Allah would not punish them while they seek forgiveness [Quran, 8:33]

One of the scariest things in human life is disaster— when something horrible happens out of the blue and without us expecting it. There are very few things that terrify people more than something like that. Islamically, they can be both tests and punishments. As Muslims, we don’t want to be punished by Allah. We don’t want to experience any of it. And istighfar is the promise from Allah that it’s not going to happen. He has our back as long as we seek His forgiveness.

8) My Lord, forgive me and grant me a kingdom such as will not belong to anyone after me. Indeed, You are the Bestower. [Quran 38:35]

This was the dua of Sulaiman, alayhi salam. The beauty of the dua is that he starts it by seeking forgiveness from Allah. And He makes a request. That request was granted and will stand until the day of judgement. The Prophet Sulaiman was given a kingdom that no one will ever be given after him. And he started his dua while making istighfar to Allah. Scholars say that one of the ways of having our duas answered is by making istighfar first and then seeking from Allah.