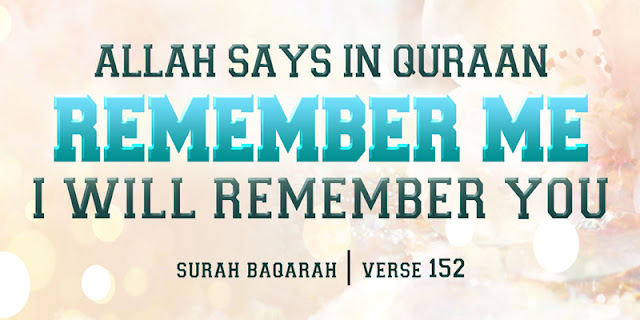 Purification is an ongoing process. It needs daily consistent effort. Just like we continuously wash our clothes or clean our rooms lest dirt piles up in them, we also need to regularly and consistently work on purifying our hearts.

The mission of Prophet Muhammad (peace and blessings be upon him) included helping us purify ourselves. As Allah says:

Certainly did Allah confer [great] favor upon the believers when He sent among them a Messenger from themselves, reciting to them His verses and purifying them and teaching them the Book and wisdom, although they had been before in manifest error. (Quran 3: 164)

One of the things that the Prophet (peace and blessings be upon him) taught us is that sins stain our hearts and take away its light.

But, there are many adhkar (prayers) that the Prophet (peace and blessings be upon him) taught us to help us with absolving our sins daily. If you incorporate them in your daily routine, they’ll help you cleanse your heart, remain strongly connected with Allah Almighty and actively stay on the path of purification.

Here are 6 easy daily dhikr for the purification of the heart:

1- RECITING THE SPECIFIED ADHKAR AFTER PRAYER

He who recites after every prayer: Subhan-Allah (Allah is free from imperfection) 33 times; Al-hamdu lillah (praise be to Allah) 33 times; Allahu Akbar (Allah is Greatest) 33; and completes the hundred with: La ilaha illallahu, wahdahu la sharika lahu, lahul-mulku wa lahul-hamdu, wa Huwa ‘ala kulli shai’in Qadir (there is no true god except Allah. He is One and He has no partner with Him. His is the sovereignty and His is the praise, and He is Omnipotent), will have all his sins pardoned even if they may be as large as the foam on the surface of the sea. (Muslim)

He who utters a 100 times in a day these words: ‘La ilaha illallahu, wahdahu la sharika lahu, lahul-mulku wa lahul-hamdu, wa Huwa ‘ala kulli sha’in Qadir (there is no true god except Allah. He is One and He has no partner with Him; His is the sovereignty and His is the praise, and He is Omnipotent),’ he will have a reward equivalent to that for emancipating ten slaves, a hundred good deeds will be recorded to his credit, hundreds of his sins will be blotted out from his scroll, and he will be safeguarded against the devil on that day till the evening; and no one will exceed him in doing more excellent good deeds except someone who has recited these words more often than him.

And he who utters: ‘Subhan-Allahi wa bihamdihi (Allah is free from imperfection and His is the praise)’ 100 times a day, his sins will be obliterated even if they are equal to the extent of the foam of the ocean. (Al-Bukhari and Muslim)

3- ENDING DAILY CONVERSATIONS/CHATS WITH THIS SUPPLICATION

The more we talk, the more we could make mistakes, fall in idle speech, heedlessness, backbiting, etc.

All of these are sins that take away the purity of our hearts. But the Prophet taught us a great way to counter that.

Whoever sits in a gathering and indulges in useless talk and before getting up supplicates: ‘Subhanaka Allahumma wa bihamdika, ash-hadu an la ilaha illa Anta, astaghfiruka wa atubu ilaika (O Allah, You are free from every imperfection; praise be to You. I testify that there is no true god except You; I ask Your Pardon and turn to You in repentance),’ he will be forgiven for (the sins he may have intentionally or unintentionally committed) in that assembly. (At-Tirmidhi)

4- RECITING THIS DHIKR AFTER THE CALL TO PRAYER

Sa’d bin Abu Waqqas (May Allah be pleased with him) reported: The Prophet (peace and blessings be upon him) said:

He who says after the Adhan: ‘Ash-hadu an la ilaha illallah Wah-dahu la sharika Lahu; wa ash-hadu anna Muhammadan ‘abduhu wa Rasuluhu, radhitu Billahi Rabban, wa bi Muhammadin Rasulan, wa bil Islami Dinan (I testify that there is no true god except Allah Alone; He has no partners and that Muhammad (peace and blessings be upon him) is His slave and Messenger; I am content with Allah as my Rubb, with Muhammad as my Messenger and with Islam as my Deen),’ his sins will be forgiven. (Muslim)

5- CONSTANTLY BEING IN A STATE OF WUDU’ (ABLUTION)

Should I not direct you to something by which Allah obliterates the sins and elevates (your) ranks.” They said: “Yes, O Messenger of Allah”. He said, “Performing Wudu‘ properly, even in difficulty, frequently going to the mosque, and waiting eagerly for the next Salat (prayer) after a Salat is over; indeed, that is Ar- Ribat (steadfastness). (Muslim)

Abdullah ibn Amr narrated that the Messenger of Allah (peace and blessings be upon him) said:

There is not anyone upon the earth who says: ‘None has the right to be worshiped but Allah, and Allah is the Greatest, and there is no might nor power except by Allah, (La ilaha illa Allah, wa Allahu akbar, wa la ḥawla wa la quwwata illa billah) except that his sins shall be pardoned, even if they were like the foam of the sea. (Jami` At-Tirmidhi)

With these 6 easy adhkar daily, one makes sure that he/she are constantly mindful of Allah The Pure One who purifies His slaves and envelopes them in His Mercy, Peace and Forgiveness.