5 REASONS WHY THE LIFE OF THE PROPHET MUHAMMAD WAS SPIRITUAL 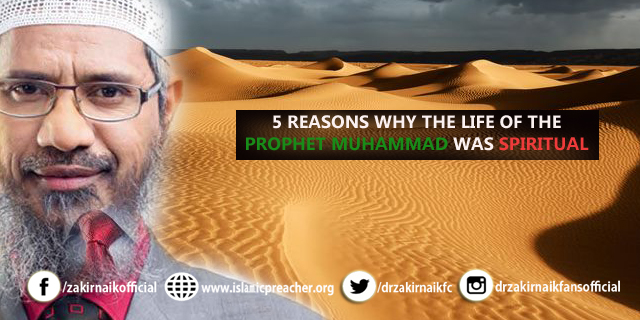 Everyone aspires to something, which is obvious with #goals being all over the internet. This hashtag seems especially noticeable when it comes to relationships.

And while it is definitely heart-warming to see a parent with their newborn child, or a loving couple in a healthy marriage, the most important relationship any of us will ever have is with Allah.

Whether young or old, married or single, there’s a perfect example of that for all of us in the life of Prophet Muhammad (peace be upon him). Here are just a few reasons why:

1. HIS RELATIONSHIP WITH ALLAH WAS BASED ON LOVE

Even before he received the Divine Message, and while the rest of his society was totally lost in its religious beliefs and practices, the Prophet (peace be upon him) stuck with his belief in one God. Even though he didn’t have any official guidance or instructions yet, the Prophet chose to maintain a connection with his Creator. He didn’t do this as a burden or because he felt pressured into it. He did it out of love.

2. HIS FAITH DIDN’T FALTER WHEN HE WENT THROUGH HARDSHIPS

And yes, he went through many. But the one thing he didn’t lose was his faith in Allah Almighty. He always believed that whatever was happening was for a reason, and that Allah wouldn’t abandon him.
3. HE WENT ABOVE AND BEYOND IN HIS WORSHIP

The Prophet Muhammad (peace be upon him) prayed at night until his feet were swollen to show gratitude to Allah Almighty. His worship was constant even when his life was very busy. He didn’t just offer extra prayers because he desired forgiveness from Allah — he had the most pure motives.

4. HE ALWAYS ACCEPTED HIS FATE — NO QUESTIONS ASKED

There was never a time when the Prophet Muhammad asked, “Why me?” When he was put through a test in his life, he didn’t have the attitude that Allah was out to get him. He always trusted that whatever was happening was for a reason, and that the wisdom of Allah was greater than his wishes.

5. HE ALWAYS HAD HOPE

No matter how hard his life got, how harshly society acted towards him and the other Muslims, or how ugly the political climate around them became, the Prophet Muhammad always had hope in a better future. Also, no matter how badly his fellow Muslims messed up at times, he always gave them hope in Allah’s forgiveness. He (peace be upon him) knew that no problem was too bad for Allah to solve, and no sin was too great for Allah to forgive.

May Allah’s peace and blessings be upon him.