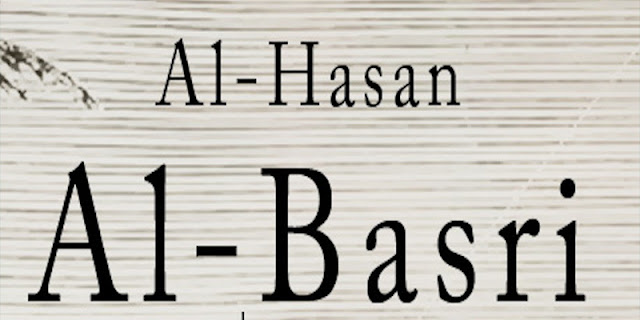 A great scholar from the generation that was raised up in the stronghold of Islam, he is an outstanding example of how a person from a background of slavery is raised up high in rank among the more socially prominent believers.

Such is the beauty of Islam that it doesn’t look at your lineage or your skin color, but your knowledge and piety. He was born during the Caliphate of Umar, when Islam reached its pinnacle on Earth.

Let us have a glimpse at the personality of this prominent Tabi’i, a prolific narrator of the hadiths of the Prophet (peace be upon him).

Having a handsome appearance, he enhanced it by always taking care to dress neatly and appropriately. Although we know the saying: “Don’t judge a book by its cover”, we tend to do just that. The Prophet said:

2) EASY-GOING AND TOLERANT OF OTHERS’ POINTS OF VIEW

When we are at the beginning stage of seeking knowledge, that is when we tend to become headstrong and fanatical. Whenever we find someone having a view different from our sheikh or our teacher, we tend to ridicule that view, if not with our words, then with our hearts.

But those who are at a higher level of knowledge, their attitude is totally different. Knowledge is like the fruits of a tree – the more fruits on a branch, the lower it will come down.

Likewise, al Hasan al Basri would take into account other people’s opinions, even if he differed from them. This is one of the most important virtues of scholarship that we need to adopt.

There are many wise quotations narrated from al Hasan al Basri which are pearls from the wisdom that Allah the Exalted blessed him with.

In fact, knowledge itself is incomplete, sometimes even dangerous, without the accompaniment of wisdom. That’s why we find highly knowledgeable people creating bombs that can blast an entire country out of existence. Here are some examples I found of quotes from al Hasan al Basri:

Seek the sweetness [of faith] in three things: in prayer, in dhikr, and in the recitation of the Quran. If you find it [then be it], otherwise know that the door is closed.

Having hope in tomorrow leads to negligence.

What have you prepared for death?

O son of Adam! You are but a collection of days; whenever a day passes, a part of you ends with it.

What can the condition of a man be who draws closer to the Hereafter with every passing day?

He was known for being just when delivering legal judgments. Allah the Exalted said:

O you who have believed, be persistently standing firm in justice, witnesses for Allah , even if it be against yourselves or parents and relatives. Whether one is rich or poor, Allah is more worthy of both. So follow not [personal] inclination, lest you not be just. And if you distort [your testimony] or refuse [to give it], then indeed Allah is ever, with what you do, Acquainted. (4:135)

To combine the characteristics of asceticism with being well-dressed and good looking seems to be a paradox. However, that is indeed the sunnah of the Prophet. He took care of his appearance, he would brush his hair, apply perfume and use miswak a lot.

At the same time, he was never extravagant in spending. In fact, many days would pass without food being cooked in his house. The house itself was built of roofs of palm leaves. His sunnah was continued by scholars like al Hasan al Basri who understood the fact that true asceticism is not wearing coarse clothes and looking disheveled.

True asceticism is having this world in your hands and the Hereafter in your heart.