3 WAYS TO STOP JUDGING OTHERS 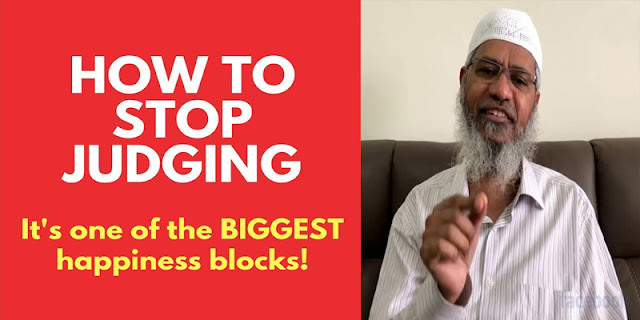 From the moment we first look at a person, we’re already forming some ideas about his or her personality, character, and appearance. We are psychologically programmed to do this because we don’t have a clue how to behave when we meet someone we’ve never seen before.

The image we form of other people, what they’re like, very much defines how we behave with them. This will seem evident to you and me if we try to analyze our emotions towards others. Why do we get angry at a certain person? Because we have formed a certain image of that person in our mind. Perhaps we imagine them as being stupid, or malicious, or aggressive.

Now we need to ask ourselves a very crucial question– how much do these images that we have formed of others actually match the real person and how much is just pure imagination on our part? If we think that we know everything about a person just by looking at them or talking to them— that we can read their minds— then we’re in reality thinking that we know the unseen.

Yes, it’s very easy to talk, but how do we stop this process of image formation? If you and I have realized the fact that our imagined model of the other person’s inside reality is perhaps only 0-5% true, then we have taken a big step towards stopping this bad habit.

Here are a few things which we can further do in sha Allah.

1) Remember that it is a grave sin. Allah Azza wa Jall said:

O you who have believed, avoid much [negative] assumption. Indeed, some assumption is sin. [Quran, 49:12]

2) Transform your thinking process with this simple key:

So for example, instead of thinking, “She is shouting at me because she feels she is inferior to me,” say, “If I were in her place, I would shout because I had an inferiority complex” (and that doesn’t necessarily mean that she is shouting for the same reason).

3) The most straightforward way of avoiding passing judgment: find a way of proving it. For example, You and your husband are in the car, and your husband is silent. So you starts thinking, he is not talking to me because he is angry at me. Instead of letting that thought make you miserable, why not ask him straight out: “Are you angry at me?”