​Hijama: a Forgotten Source of Barakah 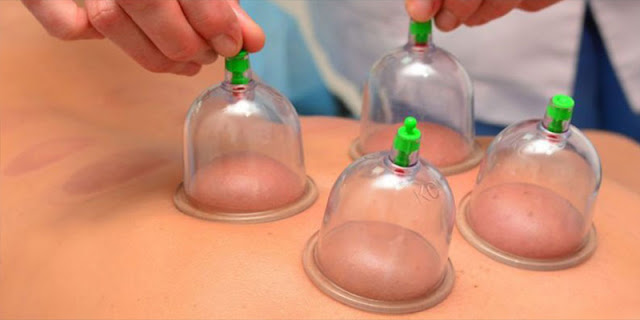 How often do you find yourself saying this? How often do you wake up feeling stressed, fatigued and unable to do the things you want to do? Do you often find there is little barakah in your time because you’re always tired?

Our state of mind affects the physical condition of our bodies. Growing pressure in the workplace, our personal lives, and the influx of information from the internet and social media all create a stressful environment. Sometimes we are unaware of how it can affect us. So, what can we do about this? One thing we can try is to revive the sunnah practice of hijama, or cupping, procedure that strengthens both your physical and mental health. Following the example of the Prophet Muhammad(pbuh) is a sure way to bring barakah into our lives, and having a peaceful mindset and good physical health are key in gaining productivity. In this article, we will discuss the benefits of hijama and what it can do for us.

Toxins in our body

Can you imagine the detrimental effect of carrying a poison in your body? During the day, our bodies encounter poisonous compounds called toxins, which can be found in:

Pesticides in our food

Chemicals in our water

Pollution in our environment

Additives in food, such as colourings, preservatives, flavourings and GMOs

A lot of money is spent on medical care every year in an attempt to restore our health, yet how many of these “remedies” actually work? Although these prescription drugs may help our ailments, do they cure the root of the problem – the toxins?

There is a solution; we need to revert back to the wisdoms of our beloved Prophet Muhammad(pbuh). There is an entire field of study dedicated to Prophetic Medicine, most famously, the practice of ‘Hijama’ (wet cupping). With the help of Allah and the sunnah of our beloved Prophet Muhammad(pbuh), our bodies can regain optimal health and energy, in sha Allah.

Toxins work by increasing or decreasing the speed of various bodily functions, which can cause many health issues that negatively impact our energy levels, ultimately making us less productive.

It is difficult to avoid toxins, as they are all around us. Therefore, it is important to detox your body from time to time. ‘Detoxing’ is a growing trend that helps the body remove toxins. Here are a few ways you can detox on a daily basis:

Eat a healthy and balanced diet

You feel lighter as excess waste and toxins are expelled from your kidney and colon.

You are less likely to contract diseases as your immunity improves

You can lose weight faster

Your skin, hair and nails will improve

You will have clarity of mind and more energy

Although the idea of detoxing has grown in popularity over recent years, ridding our bodies of toxins is an idea that has existed since the very beginning of Islam.

The term ‘hijama’ is derived from the Arabic word ‘hajim’ which means ‘sucking’. Hijama is an Arab medicinal technique used to expel toxins from our bodies. It does this by creating a vacuum to draw blood from a small skin incision. It is a safe, non-invasive and economical way of curing and preventing diseases. Hijama can be performed almost anywhere on the body, however, there are six points on the body where hijama is most effective; performing hijama on these six points alone can clean the entire cardiovascular system!

Hijama was recommended and used by the Messenger of Allah(pbuh) as the best remedy for any kind of ache or pain. The Prophet(pbuh) said,

“The best (treatment) which you take is cupping.” [Sahih Muslim]

The practice of hijama forms an integral part of Islamic Prophetic Medicine, and many scientific studies have proved its effectiveness. Hijama is often mistaken as a bloodletting technique, however, bloodletting opens veins and bleeds the patient, whereas hijama uses suction to draw blood from a specific location by scratching or perforating the skin only.

Before performing hijama, the target area is disinfected. A cup (made of metal, glass or plastic) is placed on the chosen site of the skin and a tight seal is created. Traditionally, a piece of paper or cotton was burnt inside the cup so that the mouth of the cup clings to the skin. Today, vacuum pumps are used to draw out air and seal the cups to the skin.

The thought of having their skin cut and blood drawn out can be unnerving for a lot of people, especially if you are uncomfortable witht the sight of blood. However, it is important to know that incision is not deep, and most people don’t feel more than a small scratch. You should always have the procedure perfomed by a professional trained in hijama, and talk through any fears or concerns you may have. Hijama practitioners often have clinics but can also visit you at home. It is a good idea to have someone with you for support, and remember that the Prophet(pbuh) would not have recommended something that was bad for us, as Allah says,

“There has certainly been for you in the Messenger of Allah an excellent pattern for anyone whose hope is in Allah and the Last Day and [who] remembers Allah often.” [Qur’an: Chapter 33, Verse 21].

As Muslims, we will benefit greatly by adhering to the sunnah, as the Messenger of Allah(pbuh) said,

“Whosoever has revived one of my Sunnah, has in fact loved me. And the one who has loved me, will be with me in Paradise.” [Jami at-Tirmidhi]

Some people have hijama done every month, every three months, or even once a year as preventative measure. It is entirely up to the individual and the type of treatment their body requires. For the days you do decide to have hijama, the Prophet Muhammad(pbuh) recommended certain days of the lunar calendar for it to be the most effective.

Anas ibn Maalik reported that the Messenger(pbuh) said, “Whoever wants to perform cupping (hijama) then let him search for the 17th, 19th and 21st…” [Sunan Ibn Majah].

The believers performed hijama purely as a sunnah of the Prophet(pbuh), but there were others who did it for medical benefits. Cupping has been used as a cure for diseases in many countries like China, Greece and Eqypt and even became a popular therapy in Europe in the early nineteenth century. Hijama is believed to draw out ‘bad blood’, therefore, it holds countless benefits:

Unclogging the meridians in the body, releasing energy

When practised along with fasting and praying, hijamaprovides a you with a further cleanse – physically, mentally and spiritually.

Often the feeling of fatigue and sluggishness, prevents us from achieving what we want; it suppresses our daily energy supply leaving us demotivated and unproductive. Improving our health through the practice of hijama will leave us energised, helping to improve our productivity levels. When our intention is to also practise a sunnah of our beloved prophet(pbuh) then the barakah will multiply our potential by even more! By detoxing your body by receiving hijama, you are opening up your body to the fulfilling and exciting potential of heightened productivity, energy and the reward of Allah.

Have you tried hijama before? What was your experience? Did you feel a difference? Share your comments down below!