4 Trials of the Prophet Muhammad Made Him Stronger 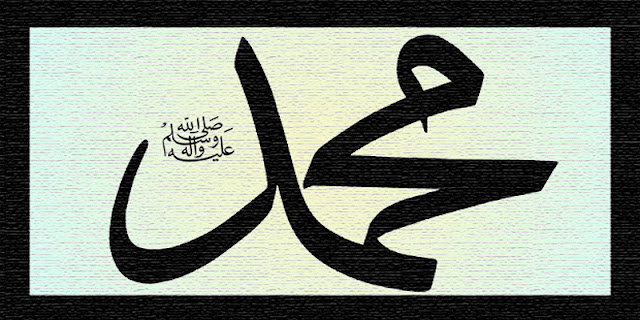 Allah loves the Prophet (peace be upon him) more than any other of His creation. Allah says (interpretation of the meaning):

Despite that, the Prophet (peace be upon him) went through extremely much hardship in his life. How can we reconcile these seemingly contrasting ideas?

The reason simply: Testing is according to one’s faith; the most severely tested among mankind are the Prophets, then the next best and the next best. The Prophet (peace be upon him) said:

When I fall ill, my pain is equivalent to the pain of two men among you. (Al-Bukhari)

The blessed Prophet Muhammad led a life in the shade of the verses in which Allah says (interpretation of the meaning):

And certainly, We shall test you with something of fear, hunger, loss of wealth, lives and fruits, but give glad tidings to As-Saabiroon (the patient). Who, when afflicted with calamity, say: ‘Truly, to Allaah we belong and truly, to Him we shall return.’ They are those on whom are the Salawaat (i.e. who are blessed and will be forgiven) from their Lord, and (they are those who) receive His Mercy, and it is they who are the guided ones. (Quran 2:155-157)

The life of the Prophet (peace be upon him) was difficult right from the early stages. He was born an orphan, and his mother did not live much longer.

However, being an orphan, was a blessing in disguise. The effect it had on the Prophet (peace be upon him) was amazing. He became a stronger person, both spiritually and mentally, preparing him for his noble mission as a Prophet, that was soon to come.

Prophet Muhammad moved in to the household of his uncle Abu Talib and starts working with trade where he meets his wife to be, the noble Khadijah.

Soon it was apparent that, Allah had chosen him for a huge mission, that of Prophethood. Khadijah stood by his side, offering not only emotional support but a financial one as well to her husband and the new Muslim Community. Abu Talib was a strong protector of his nephew facing the vicious threats of the pagan Makkans.

Again the death of loved ones was prevalent. He would soon lose his uncle and beloved wife Khadijah in the same year, the year of grief. Moreover, his offspring all died in his life except Fatimah.

Did this make Prophet Muhammad (peace be upon him) hold a grudge to the decree of his Lord? On the contrary, the balance of being a devout Prophet and a softhearted father is beautifully manifested. He (peace be upon him) said upon the death of his last of offspring (excluding Fatimah) Ibrahim:

The eye cries, the heart feels sorry. We will not utter any words other than what our Lord will consent.” He added, “By Allah! O Ibrahim! Your passing away distressed us a lot.” (Muslim)

During the first thirteen years of his life in Makkah, he and his followers faced much persecution. They were even deprived from food and water! It was in this famine that Khadijah his beloved wife deceased. When the Prophet’s adversaries greatly increased their persecution, his companions asked him to curse them. However, the Prophet replied:

I have not been sent to lay a curse upon men but to be a blessing to them. (Muslim)

The Prophet (peace be upon him) wanted to fulfill his mission despite the hardships. His noble nature was impeccable.This is apparent in the story of Taif. He went to visit the village of Taif, to invite its people to Islam. They rejected him, threw stones at him, and made him bleed. Angel Gabriel came to him and said:

Allah has heard what your people say to you and how they reject you. He has ordered the angels of the mountains to obey whatever you tell them to do.

The angel of the mountains called him, greeted him and said:

“Send me to do what you wish. If you wish, I will crush them between the two mountains of Makkah.”

Rather, I hope that Allah will bring forth from their loins those who will worship Allah alone and not associate anything with Him. (Al-Bukhari)

Among other unfortunate incidents is that when the Prophet would stand to pray, his enemies would come near him and whistle and clap in order to disturb him, but the Prophet would not even once show hostility.

Even, when the Prophet was praying at the Ka’bah while his enemies were watching him, one of his opponents put on his back the intestine of a slaughtered camel during his prostration. The Prophet did not react and stayed in that position. His daughter, Fatimah, rushed to take the filth off his back and cleaned him up.

Trials and calamities are a test, and are a sign of Allah’s love for a person. According to an authentic hadith:

The greatest reward comes with the greatest trial. When Allah loves a people He tests them. Whoever accepts that wins His pleasure but whoever is discontent with that earns His wrath. (At-Tirmidhi)

In the battle of Uhud, when his Makkan enemies attacked the Muslims, Prophet Muhammad suffered head injury and his front teeth got smashed. When the blood started to seep from his head, he swabbed it saying:

If a drop of my blood fell on the earth, those infidels will be destroyed by Allah.

Umar told him, O Messenger of Allah, Curse them! The Prophet replied:

I wasn’t sent (by Allah) to curse. I was sent as a mercy.

Another manifestation of his patient character is the story of the harm inflicted on him by his Jewish neighbor. It is reported that one of the Prophet’s neighbors was a Jew who hated the Prophet. Each day he would throw trash on his way.

The Prophet never rebuked him. One day, the Jew did not show up. The Prophet asked about him, and was told that he was sick. So, he went to check on him and his health. Upon seeing this, the Jew embraced Islam.

The Prophet Muhammad (peace be upon him) said:

CONCLUSION: THE CHARACTER OF THE PROPHET WAS THE QURAN

Again the Prophet Muhammad (peace be upon him) had the chance to take his revenge when Makkah was finally his again. The leaders came to him fearing that he would kill them as all conquerors do. But instead, he said:

Go! You are all free! (Authenticated by Al-Albani)

The character of the Prophet was the Quran. (Muslim)