Some Interesting Facts About the Religion Islam 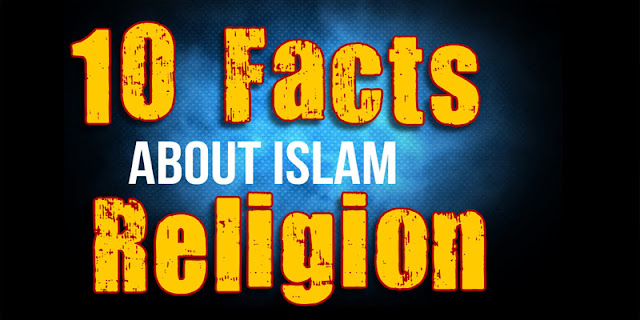 Islam is considered being the best religion among all other religions. The religion Islam covers a heavy presence globally. Below we have discussed some interesting facts about Islam that will help to remove the misconceptions about Islam.

* Islam means “submission”. The root word of Islam is “Salam” which means “peace”. In religious terms, the word Islam means “surrender one’s will to the true will of Lord to achieve peace”.

* Those who accept Islam as their religion are known as Muslims. So, we can say that “Muslim” means “anyone or anything that surrenders itself to the true will of Lord”. In other words, Muslims are those who fulfill the purpose for which the Lord created them.

* Islam teaches us to live in peace and harmony. It is a universal way of life and civilization. In the Holy Quran, the principles of a peaceful society are described very briefly. It is instructed again and again to Muslims, to raise the foundation of their society on truth, honesty, greedless, peace and brotherhood.

* Prophet Muhammad (SAW) is the last Prophet of Allah Almighty who completed the religion, Islam.

* There are five pillars of Islam that must be undertaken with the best of effort in order to be considered a true Muslim. Five pillars of Islam are: The declaration of faith, Offering Prayer five times a day, Paying Zakat, Fasting during the daylight hours in the month of Ramadan, and Pilgrimage to Mecca at least once in a lifetime, if physically and financially able.

* Muslims have to act on basic six beliefs in order to be considered a true Muslim. They are the belief in: The One Lord, all of the prophets of Almighty Allah, the original scriptures revealed to the Prophets, the angels, the Day of Judgment and the Hereafter, and on destiny.

* Islam is totally against gender inequality it treats both man and woman equally. Islam says both men and women have equal rights.

* In Islam, the word “Jihad” doesn’t mean “War”. Jihad means “to do struggle”. The holiest Jihad is to fight against your own bad wills.

* Islam does not permit honor killing, forced marriages, imprisonment of women to their homes or any kind of torture to them is totally forbidden in Islam.

* It is not true that all Muslims are Arab. All Muslims are not Arab the fact is Islam has a strong presence in the Middle East, Asia, and Africa.

* While offering five daily prayers all Muslims around the globe face the Holy Kaaba. Kaaba is considered to be the center point of the earth.

* Marriage in Islam is an act of Sunnah that is highly recommended. Islam insists to get married as early as possible as this habit will save you from a lot of sins.

* There are about 1.6 billion Muslims living all over the world.

* Islam describes dress code for both man and woman. Man and woman have to dress modestly, simply and with dignity. In Quran Allah says.