RULING ON PLAYING CHESS ON THE COMPUTER 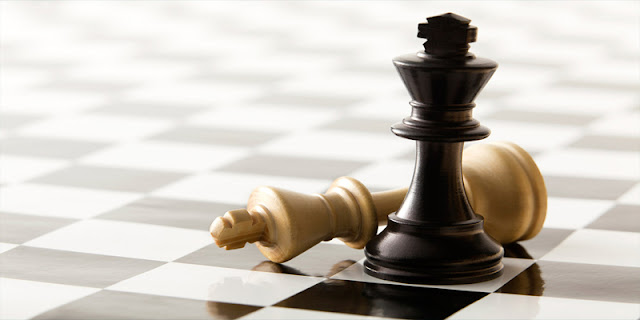 Playing chess is haraam according to the majority of scholars.

There is no difference between playing chess in real life or on the computer or online. It is all haraam because the reason that makes it haraam is present in all cases.

Shaykh Dr. Fahd ibn ‘Abd al-Rahmaan al-Yahya, a member of the faculty in al-Qaseem University was asked: What is the ruling on playing backgammon and chess on the Internet?

Praise be to Allah. To proceed:

It is well known that the game of backgammon is the “dice” concerning which reports were narrated stating that it is haraam, such as the report in Saheeh Muslim from Buraydah (may Allah be pleased with him), according to which the Prophet (blessings and peace of Allah be upon him) said: “Whoever plays with dice, it is as if he were dipping his hand in the flesh and blood of a pig.” Narrated by Muslim (2260) from the hadeeth of Buraydah (may Allah be pleased with him). The word translated as “dice” in this hadeeth refers to the game of backgammon. Moreover there are other hadeeths which say that it is not permitted, and many of the scholars have stated that it is haraam.

With regard to chess, most of the scholars have also stated that it is haraam to play it. al-Bayhaqi narrated in al-Sunan al-Kubra (10/212) from ‘Ali (may Allah be pleased with him) that he passed by some people who were playing chess and he said: What are these images that you are so devoted to?
This ruling, meaning the ruling that it is haraam according to most of the scholars, applies if both backgammon and chess of free of other things that are contrary to sharee‘ah, the worst of which are: if it is played in return for money, because then it is gambling which is haraam according to consensus, as was stated by Shaykh al-Islam Ibn Taymiyah; if it leads to missing prayer; and if it creates grudges between people.

Moreover, the ruling does not vary whether the game of chess or backgammon is played in real life or on a computer or online. The Muslim is enjoined to make good use of his time and not waste it, as ‘Umar al-Farooq (may Allah be pleased with him) said: If you want to spend leisure time, then spend it practising archery, and if you want to talk, then talk about obligatory duties. Narrated by al-Bayhaqi in al-Sunan al-Kubra, 6/209 and elsewhere

If a Muslim wants to relax, then it should involve beneficial pursuits, such as educational competitions, or racing on foot, or competing in archery, or competing on horseback and other things that are beneficial for the body and mind.

If people claim that there is some intellectual benefit in playing chess, that is not quite right, because the game is not based on reality; rather it is all imaginary.