ISLAM TEACHES US NOT TO BE LAZY - HERE IS THE CURE 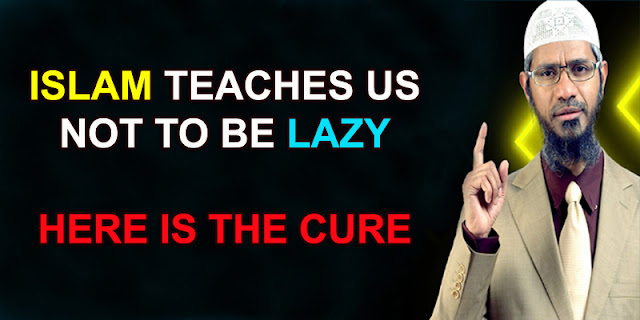 We’ve been guilty of saying “I can’t be bothered!”. We sometimes wake up feeling lazy. But the truth about laziness is that it is mostly in our mind. Laziness is actually an action and we are almost always the culprits in letting that action take control of our minds.

So next time you decide to snooze your Fajr alarm or you decide to sit at home all day and binge watch on Netflix, think about these tips that the Quran and Sunnah has provided us and take action to stop your lazy nafs (soul) and get up and do something good for yourself and others insha’Allah…

So here are five tips to overcome laziness:

Overeating leads to laziness and sleepiness, therefore, we should try and follow the Prophet’s advice (peace be upon him):

‘The human does not fill any container that is worse than his stomach. It is sufficient for the son of Adam to eat what will support his back. If this is not possible, then a third for food, a third for drink, and third for his breath.” (Al-Tirmidhi)

The Prophet (peace and blessings of Allah be upon him) said, “Yawning is from Satan and if anyone of you yawns, he should check his yawning as much as possible, for if anyone of you (during the act of yawning) should say: ‘Ha’, Satan will laugh at him.” (Al-Bukhari)

SURROUND YOURSELF BY RIGHTEOUS, PRODUCTIVE PEOPLE

Allah has commanded us

“And keep yourself patient [by being] with those who call upon their Lord in the morning and the evening, seeking His countenance.” (Quran 18:28)

Don’t make up excuses as to why you didn’t perform a fard (obligatory religious duty), or for commiting a sin but instead be truthful to Allah and yourself and make a proper repentance. And try not to repeat the same mistakes over and over again..

May Allah keep us steadfast on deen (religion), keep our hearts fully dedicated to Him.