How to Replace and Avoid Gossip With Healthy Talks 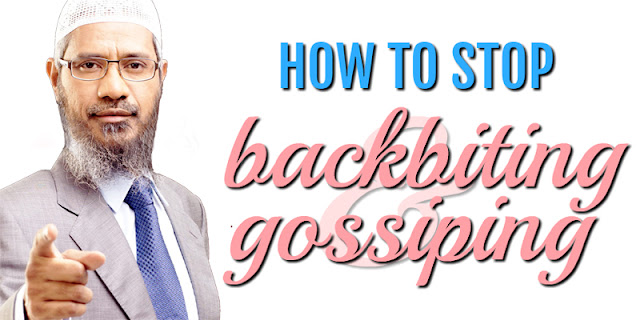 Humans are social creatures, so one of the most difficult sins to stay away from is that of gossiping and backbiting. Even if you catch yourself gossiping or backbiting, it may be difficult to get the other person (or people) to stop. Avoid gossip

“He who believes in Allah and the Last Day must either speak good or remain silent” (Muslim).

“A person utters a word thoughtlessly (i.e., without thinking about its being good or not) and, as a result of this, he will fall down into the fire of Hell deeper than the distance between the east and the west” (Al-Bukhari and Muslim).

Abu Musa Al-Ash’ari (May Allah be pleased with him) reports that he once asked the Prophet (SAW), “Who is the most excellent among the Muslims?” He said, “One from whose tongue and hands the other Muslims are secure” (Al-Bukhari and Muslim). There are several other ahadith in this regard. The overall message of such statements is that the honor and dignity of others are sacred and that it is our responsibility to avoid gossip and uphold the honor and dignity of each other. Avoid gossip

MARK IT AS AN ‘UNACCEPTABLE’ BEHAVIOR

Gossip is all around us, from our homes to magazines, to the internet. It seems like there is no escape. Instead of burying our head in the sand, we must alter the way we connect with each other and our surroundings. It means that instead of reading tabloid magazines filled with gossip, or visiting online forums where there are no rules of etiquette and thus name calling and rumor mongering is rampant; we begin to interact with magazines/sites/book of value (i.e., news, hobby related, Islamic, etc. ). Instead of taking part in the laughter at the expense of someone else, we criticize such jokes that insult people, or if we cannot do that, then we should leave that gathering and avoid gossip at our end.

As Muslims it is necessary to think twice before we speak as every limb of ours will testify for or against us on the Day of Judgement. When speaking of others, it is vital that we remind ourselves that their honor and dignity is sacred, the sanctity of which we must uphold and respect. Sometimes, you may just be stating a fact and others may take it a different way and you find yourselves gossiping or backbiting about that individual. It is important to know how, when, and who you are presenting information to so that it must not misconstrue.

TIME TO CHANGE THE TRACK

There are several topics you can discuss at a party which can save you from gossiping and backbiting. Besides Islam, you can review books, world affairs, etc. And if you ever find yourself slipping into the mention of someone else in a negative light, remind yourself and those around you to switch to a different topic. Instead of talking about the weak qualities of so-and-so, replace that with mentioning their better qualities, or by making excuses for their behavior.

In short, there are several steps that we can take to protect ourselves and others from falling into backbiting and gossip. Some examples stated above were things like talking about hobbies, books, news, Islamic stories, etc. Making excuses for each other and mentioning the good qualities of people are some other examples.

KEEP THE RIGHT REASON IN YOUR MIND

Do not be a party to Shaytan and destroy friendships and communities through your words. Share laughter, share joy, share inspiration with each other through kind words and actions.

May Allah (SWT) protect us from backbiting and gossip, grant us the strength to prevent it, and the capability to honor each other. Ameen.