DRINKING ALCOHOL - ARE MY PRAYERS NOT VALID FOR 40 DAYS? 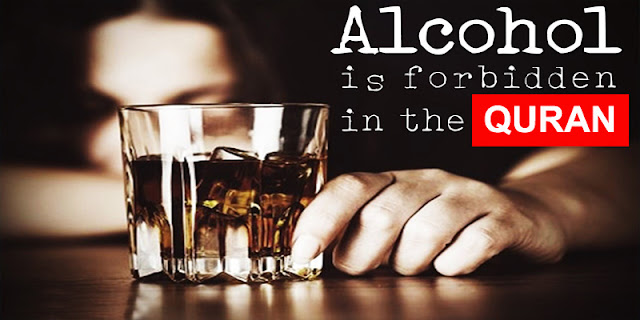 Drinking alcohol is a major sin, for wine is the mother of all evils. It clouds the mind, wastes money, causes headaches, tastes foul, and is an abomination of the Shaytaan’s [Satan’s] handiwork. It creates enmity and hatred between people, prevents them from remembering Allah and praying, calls them to zina [unlawful sexual relationships], and may even call them to commit incest with their daughters, sisters or other female relatives. It takes away pride and protective jealousy (gheerah), and generates shame, regret and disgrace, and puts the drinker in the same category as the most imperfect type of people, namely those who are insane. It leads to the disclosure of secrets and exposure of faults. It encourages people to commit sins and evil actions. It makes people transgress sacred limits and the one who is addicted to it is like an idol-worshipper.

How many wars has it started, how many rich men has it made poor, how many noble people has it brought low, how many blessings has it destroyed, how many disasters has it caused?

How often has it created division between man and wife?

How much regret has it generated and how many tears has it caused to flow?

How often has it brought about calamity and hastened death?

How much trouble has it brought to the one who drinks it?

It is the source of sin, the key to evil; it takes away blessings and brings calamity.

Even if it did not have all these evil consequences, the fact that one cannot have both the wine of this world and the wine of Paradise is sufficient deterrent.

And the evil consequences of alcohol are many time more than we have mentioned.

From the words of Ibn al-Qayyim in Haadi al-Arwaah.

Allah has warned us against it in His Book and on the lips of His Prophet (peace and blessings of Allah be upon him).

1 – Allah says (interpretation of the meaning):

“O you who believe! Intoxicants (all kinds of alcoholic drinks), and gambling, and Al-Ansaab (stone altars for sacrifices to idols, jinn, etc), and Al-Azlaam (arrows for seeking luck or decision) are an abomination of Shaytaan’s (Satan’s) handiwork. So avoid (strictly all) that (abomination) in order that you may be successful”

5 – It was narrated that ‘Uthmaan (may Allah be pleased with him) said: “Avoid alcohol for it is the mother of all evils. There was a man among the people who came before you who was a devoted worshipper. A seductive woman fell in love with him, and she sent her slave-woman to him to call him to bear witness. He went with the slave-woman, and every time they passed through a door, she locked it behind them, until he reached a beautiful woman with whom was a child and a vessel of wine. She said, ‘I did not call you to bear witness, rather I called you either to have intercourse with me, or to drink a cup of this wine, or to kill this child.’ He said, ‘Pour me some of this wine.’ So she poured him a cup, then he said, ‘Give me more,’ and he did not stop until he had has intercourse with her and killed the child. So avoid alcohol, for by Allah faith and addiction to wine cannot be combined except soon one of them will be expelled.”

The fact that his prayers are not accepted does not mean that the person’s prayers are invalid, or that he should give up prayer. Rather what it means is that he will not be rewarded for them. So the purpose of his prayer is to fulfil his duty and to avoid the punishment for not praying.

With regard to his prayer not being accepted, what this means is that he will not be rewarded for it, even though it is valid, and he does not have to repeat it.

With regard to what the questioner was told about his fasting not being accepted, this is based on the view of some of the scholars that the mention of prayer in the hadeeth quoted above is a warning that no other acts of worship will be accepted either.

It is said that prayer was singled out for mention because it is the best physical act of worship, and if it is not accepted, it is more likely that other acts of worship will not be accepted either.

It should be noted that if a Muslim commits sin and is unable to repent because of his weakness of faith, that should not be used to justify his persisting in sin or his addiction, or his neglecting to do acts of worship. Rather he has to do whatever he can of acts of worship and strive to give up the sins that he is committing.

The Muslim has to fear Allah and beware of the wiles and snares of the Shaytaan [Satan]. He should not let his soul become a plaything of the Shaytaan. If his Shaytaan overpowers him and makes him fall into sin and disobedience towards his Creator, then he must hasten to repent, for “the one who repents is like the one who did not sin.” Narrated by Ibn Maajah, 2450; classed as saheeh by al-Busayri as stated in al-Zawaa’id Haashiyat Sunan Ibn Maajah.

We ask Allah to protect us from the tricks of the Shaytaan and to help us avoid temptations both obvious and hidden.

Praise be to Allah, the Lord of the Worlds.