VIRTUE OF THE MONTH OF ALLAH MUHARRAM 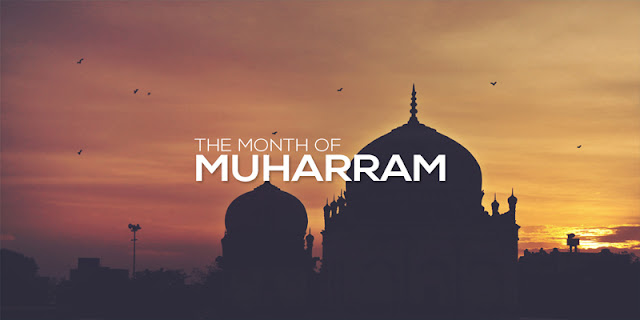 Praise be to Allah, the Lord of the Worlds, and blessings and peace be upon our Prophet Muhammad, the Seal of the Prophets and Leader of the Messengers, and upon all his family and companions. To proceed:

The month of Allah Muharram is a great and blessed month. It is the first month of the Hijri year and is one of the sacred months concerning which Allah says (interpretation of the meaning):

“Verily, the number of months with Allah is twelve months (in a year), so was it ordained by Allah on the Day when He created the heavens and the earth; of them four are Sacred, (i.e. the 1st, the 7th, the 11th and the 12th months of the Islamic calendar). That is the right religion, so wrong not yourselves therein”

It was narrated from Abu Bakrah (may Allah be pleased with him) from the Prophet (blessings and peace of Allah be upon him): “… The year is twelve months, of which four are sacred: three consecutive months, Dhu al-Qa‘dah, Dhu al-Hijjah and Muharram, and Rajab of Mudar which comes between Jumaada and Sha‘baan.”

Muharram is so called because it is a sacred (muharram) month; this further emphasizes its sanctity.

The words of Allah (interpretation of the meaning): “so wrong not yourselves therein” [Soorat at-Tawbah 9:36] mean: (do not wrong yourselves) in these sacred months, because doing so is a greater sin than at other times.

It was narrated that Ibn ‘Abbaas said, concerning the words of Allah“so wrong not yourselves therein” [Soorat at-Tawbah 9:36]: (The command not to wrong yourself) applies in all months, then Allah singled out four months and made them sacred, and emphasised their sanctity, and He made sin during these months more grave, and He made righteous deeds and the reward thereof greater. Qataadah said, concerning the words “so wrong not yourselves therein”: Wrongdoing during the sacred months is more serious and incurs a greater burden of sin than in other months. Wrongdoing is a serious matter in any circumstances, but Allah makes whatever He wills of His commands carry more weight. And he said: Allah has chosen elites from His creation: from among the angels He chose Messengers, from among mankind He chose Messengers, from among speech He chose remembrance of Him (dhikr), from among spaces on earth He chose the mosques, from among the months He chose Ramadan and the sacred months, from among days He chose Friday (Jumu‘ah), and from among nights He chose Laylat al-Qadr. So venerate that which has been chosen by Allah, for people of understanding and wisdom respect that which has been chosen by Allah.

End quote from Tafseer Ibn Katheer (may Allah have mercy on him), commentary on Soorat at-Tawbah verse 36

It was narrated that Abu Hurayrah (may Allah be pleased with him) said: The Messenger of Allah (blessings and peace of Allah be upon him) said: “The best fast after Ramadan is in the month of Allah Muharram.”

The phrase “the month of Allah (shahr Allah)” is indicative of the veneration this month deserves, as it is attributed to Allah (in a genitive or idaafah phrase). Al-Qaari said: What appears to be the case is that what is meant is the entire month of Muharram.

But it is proven that the Prophet (blessings and peace of Allah be upon him) never fasted any month in full apart from Ramadan. So this hadeeth is to be understood as meaning that it is encouraged to fast a great deal during the month of Muharram, not to fast the entire month.

It is proven that the Prophet (blessings and peace of Allah be upon him) fasted a great deal during Sha‘baan, and perhaps the virtue of Muharram was not revealed to him until the end of his life, before he was able to fast during this month.

Allah chooses whatever He wills of times and places

Al-‘Izz ibn ‘Abd as-Salaam (may Allah have mercy on him) said: Superiority of times and places is of two types, the first of which is in worldly terms and the second is in religious or spiritual terms because of what Allah bestows upon His slaves at those times and in those places of a greater reward for deeds, such as the greater virtue of fasting Ramadan over fasting in other months or on the day of ‘Ashoora’. Its virtue is due to Allah’s generosity and kindness to His slaves during it.

May Allah sent blessings upon our Prophet Muhammad and upon all his family and companions.